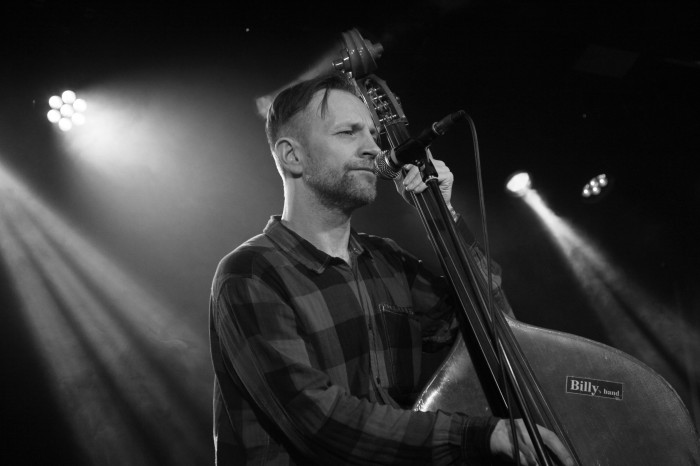 On 12 may the leader of the jazz group Billy's Band, Billy Novik presented very unexpected for his fans program. However, it was unexpected and for all fans of primordial punk, whose main character was, and remains, Yegor Letov. "Garage", a daring and seemingly simple but a real punk rock began in an entirely new way, framed by bass and drums.

The club Gestalt, which opened in the heart of Saint Petersburg, right in front of the Savior On spilled Blood, before the start of the performance gathered almost a full house. About the upcoming concert talked a lot - it's not often you meet such an unexpected read for thirty years, all the familiar songs. Generally, the experiment can be called quite risky. On Leave several generations have grown up punks, some of them are older and serious people, some still teenagers, but all cherish the important part of his inner rebellion, which they raised.

As soon as Billy came out and played the first song, "Zoo", "Black Monday", the "Detachment did not notice the loss fighter", to which Novik has mentioned about the recently dead father of Yegor Letov, the people in the room at first fell into a light trance, but not for long.

Many so vehemently took the song "Civil defense", was actively singing along, drowning the voice of the Novik. Still the concert was acoustic, the vocalist's voice is quite low and therefore loud cries destroyed the atmosphere created by the musicians. In addition to the double-bass Billy Novick on drums sat a partner of Novick on the program "Billy Novick sings a song of Egor Letov" Artem Teklyuk. Yes, and the jazz picked up a guitar a few times in the evening. For example, towards the end is very expressive and brilliantly played "Russian field experiments".

In General, the performance of Billy Novick the song "Civil defence" has caused a lot of controversy among fans as Billy's Band, and Letov: someone said that completely lost the whole point of the music and songs of Yegor, who, on the contrary, embraced his songs in an entirely new way and left pleased. One thing is for sure - Billy Letov plays so sincerely that it becomes clear that with this music he really lived for years and even decades, as he himself admitted more than once. This is not just a program for the sake of momentary success, and certainly no wish to exploit is experiencing a new wave of success of the songs "GO". It skipped through the senses, not just deliberate metaphors, lived in their own texts. This is what gives the new sound of infinite charm and new energy. And what happened with the audience when everyone, really everyone, in unison chanted "Everything is going according to plan"!

Hidden around the corner

Voluntarily forgotten in the basement

In advance doomed to utter failure