B-2 in Crocus city Hall: the magic of music and light 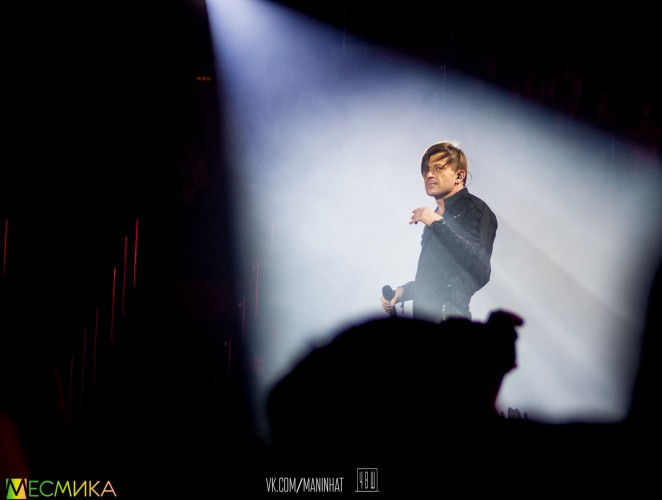 This evening in front of the Moscow Crocus city Hall can be seen forgotten by many picture - at the entrance to the people pleading eyes asked about an extra ticket, SOLD OUT the inscription on the poster left no chance to buy ticket at the concert venue.

B-2 this year year marks twenty years. By the standards of the Russian scene it is not even age and era. Through so many years and just live music and live as a group - the task is already difficult. Collect sold-outs at major venues in the capital and various cities of Russia - such under force only to those who have inscribed his name in the history of music. Not surprisingly, both Moscow concert will bring together a maximum number of guests - a performance with a Symphony orchestra is not something out of the ordinary for the group, but each time is a truly unique event. These shows the group is satisfied periodically, the last took place last spring in the Kremlin Palace, after which the album was released with this statement. You will see a light entry with two concerts at the Crocus city Hall is still unknown. But it is known that they will go down in history.

The preparation of such events as the concert with the Symphony orchestra requires a Herculean effort from both the staff of the concert stage and of the group and its team. To build sound and light is a huge amount of time, but it was worth it. The sound in the Crocus has long been his calling card, what could see and Apocalyptica and Serj Tankian, who is also periodically arranges concerts with a Symphony orchestra. Yesterday everything was at the highest level, which would be the envy of any international concert.

Released last year, “event Horizon” one of the most striking works of the group at the moment. And no the concert will not do without songs. I do not want to dwell on the concert setlist, not to spoil the experience for those who attend the concert tonight. Just to say that the new songs took about a quarter of the program and occurred mainly in the first compartment.

Overall, the setlist was picked up just fine. All 27 tracks take a look at almost all stages of the band and with Symphony orchestra help to look at the long, shabby even on a cassette player of the song in a completely new way. Various musical instruments create the depth, the shade of sorrow and sadness, it creates an unexpected accents in the songs where they haven't noticed before.

Still, “event Horizon” - now the main topic of Bi-2. And the first branch before the intermission is held under its enchanting atmosphere and original sound immerses the listener into some parallel world, with a Symphony orchestra just takes it. The interval in this case it helps a bit to recover and accept the older work group is different.

One of the two great performances took place and all those who have come a long way from another city and stood in hours-long traffic jams Friday got what you came for - great sound, light, fabulous costumes and the depth of the old and new songs with the support of the Symphony orchestra. And now we are waiting for the second day of this musical magic!