Ivan Ignatov (7000$): Us from childhood, inculcated the cult of the winner, and we become his victims 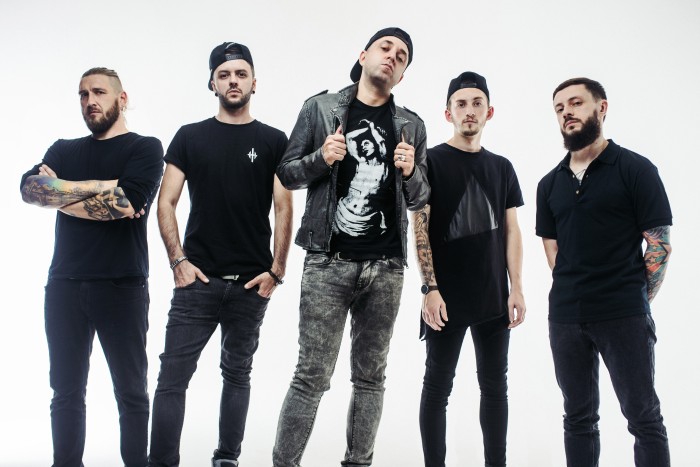 Notice: Undefined index: wrap_width in /myarea/web/mesmika/public_html/templates/boxed/content/default_item.tpl.php on line 49
>
Photo source:
given a group of 7000$

"Price of victory" is a new album alternative band from Nizhny Novgorod 7000$. In this regard, Messika decided to talk with the guys on the subject of fame and creative development. About the Russian alternative, football and the new clip, read the interview.

Was it hard to break through to national fame? If you managed to get through the Urals? How were you received there?

Ivan Ignatov: to Get recognition is a process which continues throughout the existence of the group. It's never been an easy task - it is hard to write, to invent, to play a two-hour metal fitness concerts, but this is the whole essence of what is happening. Through thorns to the stars!

The novel “Cross” Dokukin: the fact that we fell into the stream young Russian alternatives, then in all rattled. Groups were many and all had their fans across the country. In addition, the TV channel "A1" helped everyone: twisted clips and arranged the festivals, which contributed to the fame. Then the wave subsided alternatives, and alternative bands there are just a few, and the very concept of "alternative" left. Why were only those who, in principle, interesting to do, I think. Such was not enough. The truth of life.

The Urals go, and go again, I like it very much. All original and interesting. Great dream all the same to Vlad and Khabarovsk to get to the edge of our vast, so to speak.

Who else do you plan to do collaborations? Whether Nuka heard "Paradise Lost" in the Crush Fest, and after it came from her offer of collaboration in the framework of this song?

Ivan Ignatov: We don't usually guessing in advance who will fit on the new album. It all depends on the track. In the new album we did without guests and fitov because the album called "the Price of victory" by itself excludes the tracks of any guests. Personally, I'm interested to make it fit with the rap artist on their next album, for example! About Darius story: we presented "Paradise Lost" at one of the festivals, and apparently this song she really liked. Her voice is incredibly cool complements this track!

Nizhny Novgorod this year the world championship on football. How do you feel about football, visit any of these matches? What do you expect from the championship? How about the fact that the expected influx of fans into the city - whether it will lead to any conflicts with the citizens?

Ivan Ignatov: I have absolutely no interest soccer, so I most likely will not react to this event; good thing the city put in order and all. And about the fans, I better will not say anything because conflict over football is a wildness to me. In the game there should be only one interest – sports.

Ivan Ignatov: It is a great idea and a chance for young bands to perform on stage, to show themselves. The ratio is only positive. The jury I was not in 2014, but I was in the jury of the festival Snickers Urbania in three cities and can safely say that this experience was invaluable in terms of opening of new names! Unfortunately, the festival Revolution have not heard anything, apparently, had their own reasons.

Ended the campaign shooting of the new video for a song off the new album. Transparent the same subject of the song and video or the vision of the song through the eyes of the band members?


Ivan Ignatov: Yes, that's right – it is the duality of images – something that hints videos, fat interfering with the text of this track. However, everyone will find something for themselves. New song called "the Price of victory", the clip was filmed in St. Petersburg. The Director's idea, approved by us, a clip about how gives the victory in all matters and events, as people go to it, no matter what, sometimes stepping over opponents and yourself. Us from childhood, inculcated the cult of the winner, and we become his victims, and this thread runs through the whole history of mankind, probably to the end of his story.