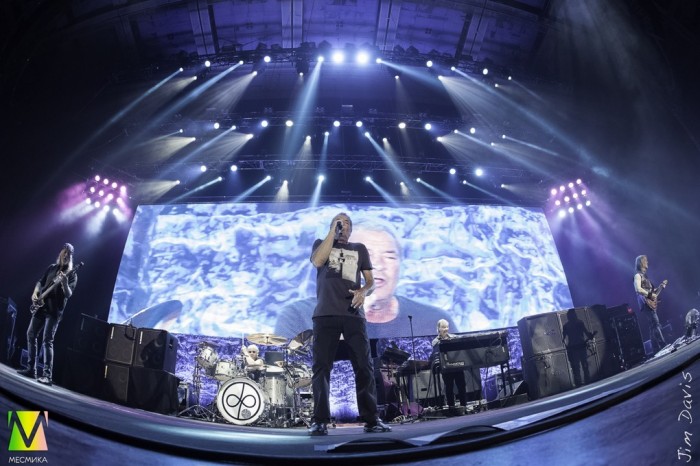 In Russia once again came the legendary group. This time in the framework of a long farewell tour. The group, which is on a par with such bands as Led Zeppelin, The Rolling Stones and Black Sabbath. Which not only had a huge impact on the development of rock music, but she has created a new direction, what is now considered "classic rock". "Deep Purple" with the support of the concert Agency "MSM Groups" gave a concert in Moscow "Olympic".

To take in the history of the group here makes no sense: any real fan will tell you about them much more of a journalist. They have a story that you can personally see and hear. And the biography group read like a fascinating novel with elements of psychological Thriller.

The group celebrates its 50-year anniversary, and even brought the new album "Infinite", but stated that this tour will be the last. Of course, farewell tours of celebrities, which last for several years, is not uncommon. However, the age of the participants of the team is that this tour really could be the final, especially because one of the permanent members - keyboardist Jon Lord (Jon Lord) - already left this world.

Not surprisingly, at the appointed time the "Olympic" was full. The inspection procedure and passing to the gym is no different from other events. In the audience were almost the same age of Ian Gillan (Ian Gillan), and very young viewers.

Supported Deep Purple concerts in Russia, the Israeli group "Gunned Down Horses". It in the first place, and have heard a number of audiences: on the one hand, a mixture of Blues with saxophone, blast beats and screming like a real nu-metal. Vocal talent to the band added an incredible agility and artistry. It looked pretty lively, although to refer the music of the "shoot horses" to any style was difficult. Hall basically took a well: presumably, in this musical vinaigrette everyone can find something to his liking. However, waiting on stage not these guys.

Finally, the anniversary appeared on the platform the roar of many thousands of the hall! It should be noted that not only Jon Lord, but also the famous guitarist of "Deep Purple", Ritchie Blackmore ("Ritchie" Blackmore) was not on the scene. Richie, by the way, in April of this year, also visited the Russian fans updated with his own band "Rainbow". But this evening came on stage exactly one group and that those people who do a half-century of rock history. 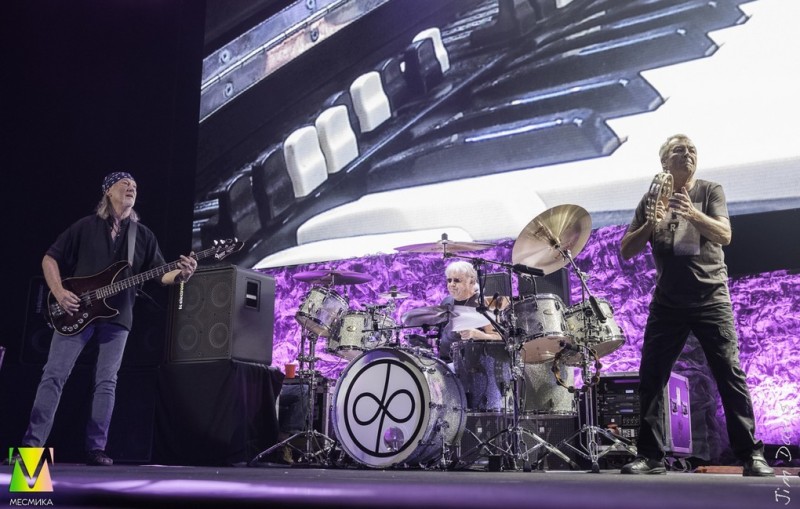 The setlist performances, the assurances seasoned fans, was made without incident. The first two songs that were performed on the stage of "Highway Star" and "Pictures of Home", which, as a rule, and begin all concerts of "the purple". However, the musicians made and surprises. Sounded have not been performed at concerts of the "Knocking At The Back Door" and "Sometimes I Feel Like Screaming". Hall heard and three new songs from their latest album, "Infinite": "Time For Bedlam", "Birds of Prey". The song is about an unusual man "Uncommon Man" was dedicated to Jon Lord: beyond him in the band is drummer Ian Paice (Ian Paice).

No technical bells and whistles in terms of lighting, highlighting and special effects the audience saw. Behind and flanking the stage was set with giant screens on which well it was obvious all musicians and broadcast video. Once again, we can mention a great sound - a merit of engineers. Experience shows that for such a large venue as an "Olympic" sound settings can be a serious problem.

Of course, you can remember "KISS", which stretches the same train of legend. However, their concerts, they transform into an unforgettable and incredible show! Here, the musicians captivated the audience with their professionalism.

Ian Gillan, in spite of its age, excellent job with the vocals, pulling all that needs to be pulled. 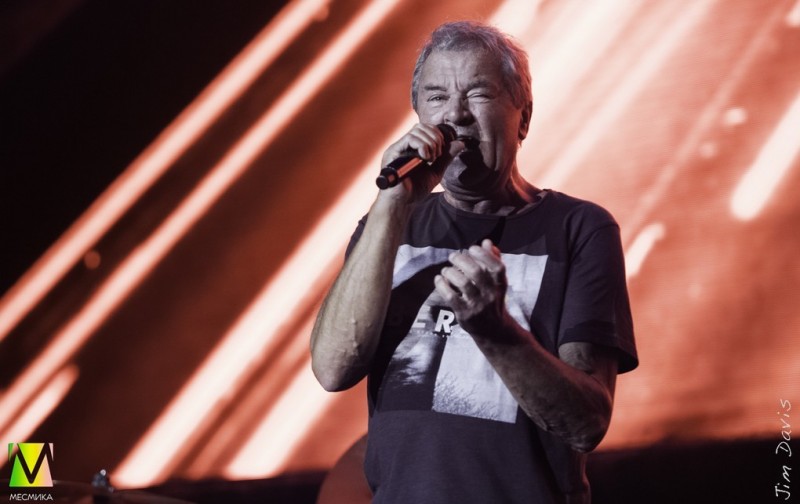 Don Airey (Don Airey) did on their keyboards such that it was easy to feel transferred to a half-century ago, in the 70-ies, when hard rock, progressive and psychedelic in its infancy and was beautiful in its freshness! Among the passages of the don, sometimes, a glimpse of "Moscow nights," which, of course, immediately found an approving response from the audience. 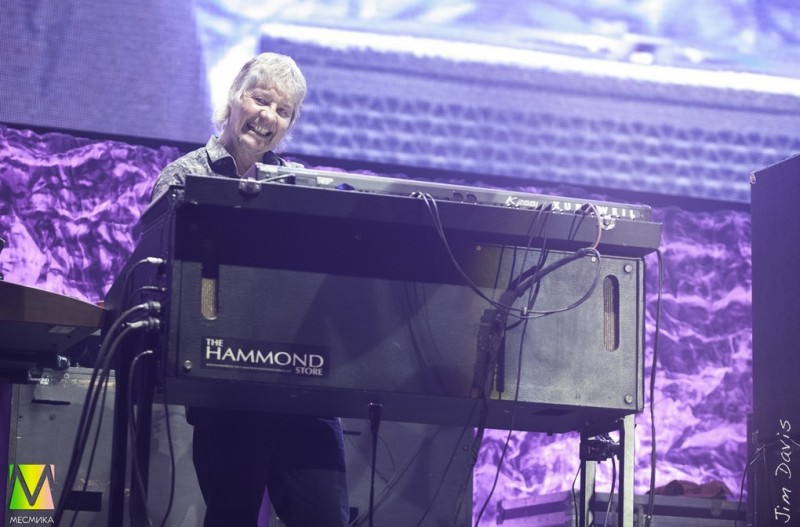 Under a "space" music was and the video: space have seen the audience during a performance of "Space Truckin".

Roger Glover (Roger Glover) arranged a great solo on the bass guitar. And certainly during the performance does not sit in the shadows, but effectively appeared on the front edge at the right time. 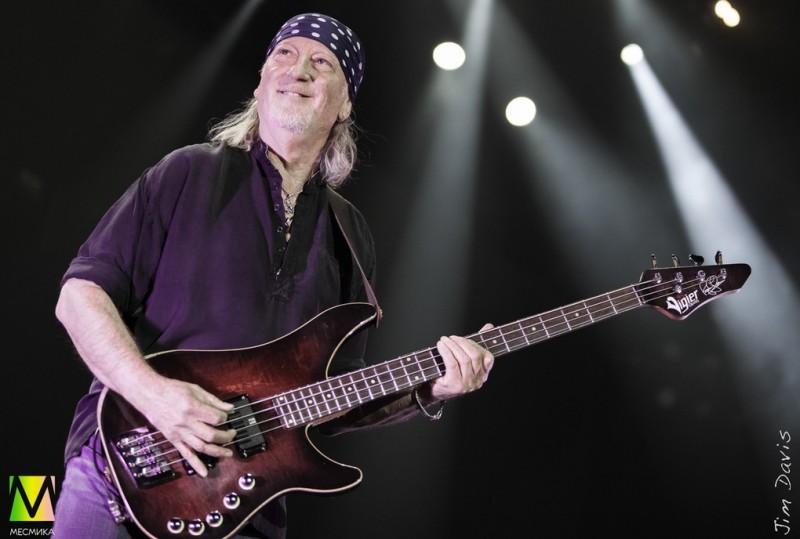 Ian pace's individual number is not pleased: the famous shot with one hand the audience saw. He towered over the stage for his installation and with a slight smile looked at the huge hall! 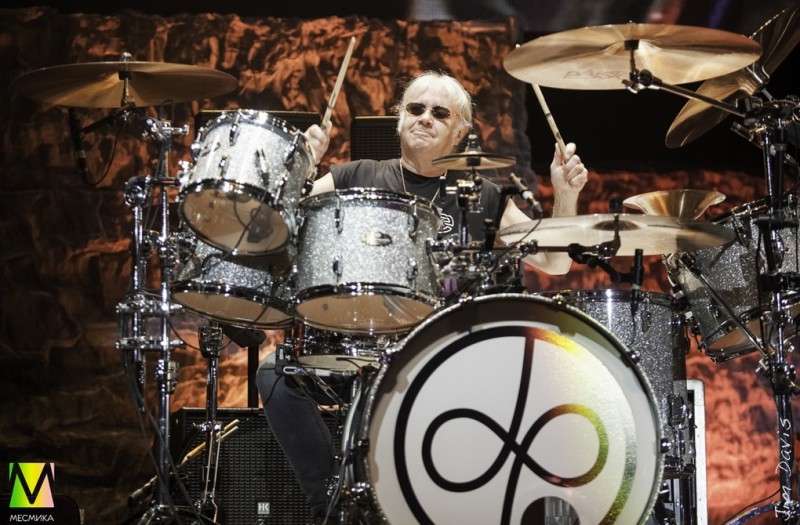 Did not depart from don Airey and Steve Morse. His talent cannot be doubted: the fact that he replaced the brilliant Ritchie Blackmore and the famous virtuoso and showman Joe Satriani ("Joe" Satriani) and managed to stay in the team, says a lot! 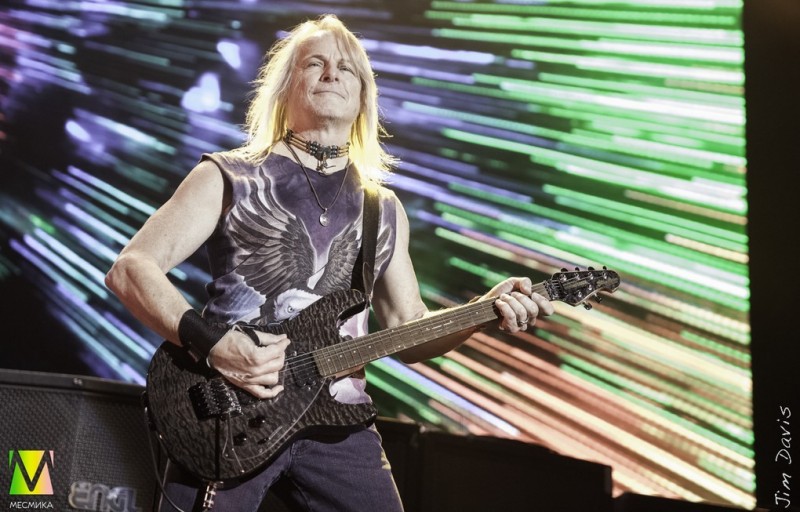 His guitar tunes were matched keyboards. During a performance of the song "Black Night" musicians staged an incredible jam! This can be heard only from those who grew up in that time and absorbed his spirit!

Was filled with "Strange Kind Of Woman", "Perfect Strangers", "Hush" and "When I'm Sixty-Four". And, of course, not without a song about smoke on the water of lake Montre. Exactly Steve Morse the roar of the hall gave the famous riff. Hall, of course, sang. On the screens aired video from the raging flame: apparently, the reminder burned a day before writing songs the concert hall "Casino". 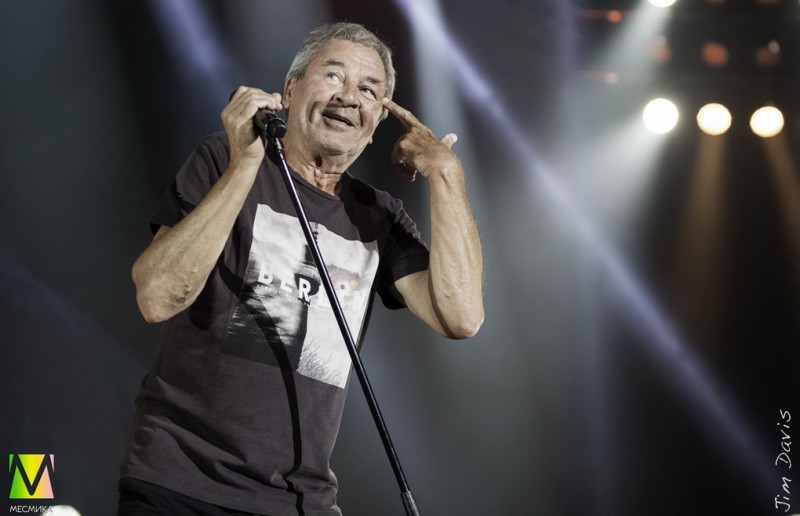 Fans heard exactly what they came for: good old hard-rock songs, which many of them grew up and brought their children. Despite the participants ' age group, their level of mastery is the highest! And that is a guarantee of success.

The time has come when the musicians left the stage. I want to believe that before the next concert. However, it is possible that forever. Is it a coincidence the last album "Deep Purple" called "Infinite" (Infinity)? Legends never die and never leave. They live in memories, in thoughts and hearts of the people. Then, they are legends!

See photos at the link