Double sold out - the online phenomenon Monetochka was offline character 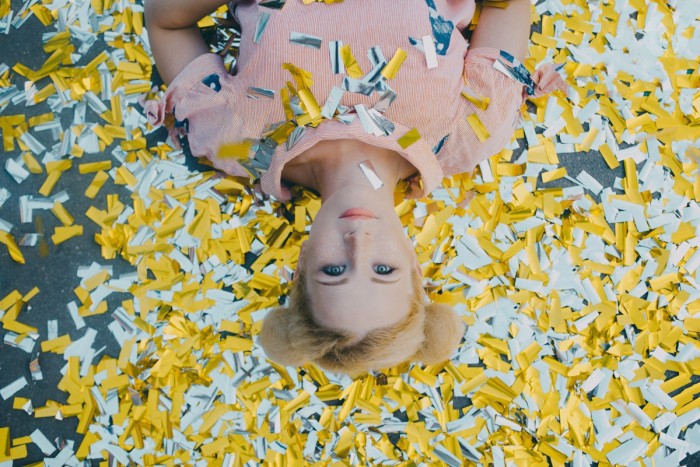 A year ago, she bore the proud title of the Internet phenomenon and collected a small appartment in Russia. The main character of the intellectual youth of the underground, charming girl that mocks the surrounding reality - both their friends and themselves and the whole country. Today Lisa Monetochka collects sold out in St. Petersburg twice. She sounded on the first channel and will be the guest of major festivals this summer. But that's all it is - a touching, honest and courageous Lisa. In St. Petersburg Monetochka hall was full of club Opera on 7 and 8 June.

The concert on 8 June in General has become an unplanned gift to fans. Originally was supposed to be one performance, the number 7, but the excitement around this event forced the organizers to reconsider the plans, and Lisa remained in St. Petersburg for another day.

Taught by experience of the previous day, the doors to the club opened in advance, allowing the most loyal fans to come beforehand to take place at the scene. Those who came to the performance, closer to eight o'clock, had to settle for a view of the crowd filling the hall, and occasionally come to the attention of Lisa. However, the sound in the club is excellent, so it could be heard clearly from any point. A rare gift in a modern club context.

Not much stopping, at the beginning of the ninth, was Monetochka. This time the format of the concert has changed: in addition to the usual synth there was a real concert Grand piano, and the guitar played by Victor Isaev aka BTSKH, he is the producer of the new album of Lisa "Coloring for adults", presentation of which was timed performances.

The album is specially made in the style of the nineties, more pop, but Monetochka at a press conference in honor of the release emphasized that "proud to be a pop singer". Perhaps Lisa will eradicate negative connotations to the word "pop".

Well, to a thunderous greeting Monetochka appeared on the scene with the words "first submitted" and sang "I'm Lisa".

Almost every track was preceded by a review of the singer, the tradition is so popular in the appartment and small gigs. But constant communication with the viewer joins the artist and his guests.

Soon "the situation is a little tense" and sounded "Ukrainian question".

From the "Coloring pages for adults" I must say, Lisa was played by all. She said before the song "post-post": "this is purely about me."

Incidentally, in bis Monetochka repeated it, apparently, this track really means a lot to her.

Of course, and sang "Gone to the realist," and "the Last disco" and "gosh Rubchinskiy". All that she longed to hear hundreds of the St. Petersburg fans, sounded, and played much just the chorus. Hits of Moniecki have become so popular that it even became an occasion to create memes in social networks, which can be considered a modern indicator of success.

Overall, the atmosphere was very friendly, funny, and cute dance. The hall of the flying balls, the tables could be seen dancing group of people (the hall was less due to lack of space), the people behaved very peacefully, unless carefully climbed on every possible elevation, Zaborsky and shoulders. So even the screams throughout the hall "Death COP from a knife" didn't look like aggressive.

Lisa Monetochka only just begun its development as a musician, may have already done so much, how many not everyone has time and over twenty years of activity. It's interesting to watch her experiments, success and overall changes in the maturing personality. Let's see what will happen next, but for now is the time for concerts , suddenly Lisa in a year will gather Olympic?