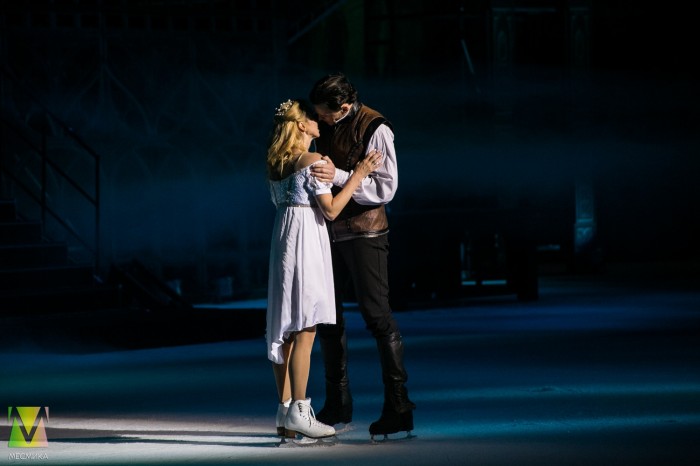 The "sad story in the world" "Romeo and Juliet" a thousand times put on hundreds of stages around the world. Their story was adapted and brought into modern reality. The harder each new Director to undertake the production of this classic tragedy, which for centuries considered from all sides. As it turned out, there is always the possibility to open story in new ways, see with different eyes and that's already familiar world from an unexpected quarter.

6 June in St. Petersburg launched a new season of ice show of Ilya Averbukh. Last year residents of the city conquered the passionate Carmen, and now in two weeks time delicate, fragile young Veronese lovers. Olympic Champions and prize winners of international Championships, the pride of the Russian school of figure skating, has shown itself as a very sincere and talented actors.

Effort in the training worked great - only the scenery of the sports complex "Jubilee" was mounted four days. Once the audience went to their seats, they were able to appreciate the beauty and scope of the stage design. A separate stage for musicians and vocalists, Juliet's house, where there are basic plays, the Central staircase as a space between the warring houses.

Started the evening with opening remarks Tatiana Tarasova, who welcomed the audience, not personally, unfortunately, but through recorded speech. Then appeared on the ice, Ilya Averbukh, has presented the show, thanked the audience and the show started.

The performance began not quite familiar: after its junction records the history of father Lorenzo, whose role was performed by Alexey Tikhonov. It is with great sorrow repentant, admitting the tragedy of man, the spiritual father sets us on the mood of the coming history. He only wanted to save the love, but left only hell. The role of his dead beloved, remembering Lorenzo and tried to help Romeo and Juliet, played by Maria Petrova. 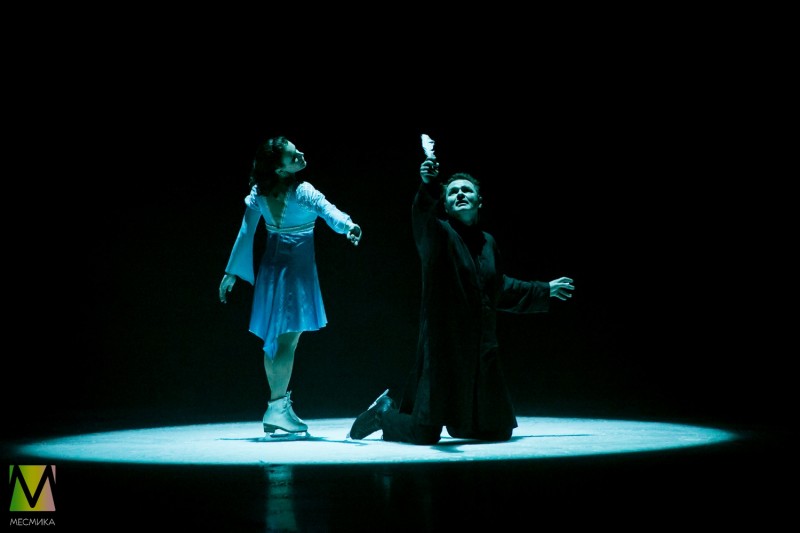 Shortly introduced and the main characters - Romeo and Juliet played Tatiana Totmianina and Maxim Marinin, Tatiana Volosozhar and Maxim Trankov - the Prince and Princess of Verona, the most explosive applause was aroused by the appearance of Mercutio, played by Alexei Yagudin, and Tybalt, played Roman Kostomarov.

Oksana Domnina has played a dangerous shadow Plague that struck the house of Montagues and Capulets.

Incredibly moving was the time of the meeting of Romeo and Juliet at the carnival in the house of the Capulets. Fragile, delicate, young heroine, still a child, who a minute ago parents pain took away the doll, but the bride; and Romeo - passionate, but still frivolous, seemingly in love with another, but suddenly everything changed their view of the real feelings.

The ability of skaters to convey feelings through the dance - one of their skills, no wonder this sport is valued and artistic skills. But here, on ice, on stage, was not just a true athlete, and the actors, who throughout the play calling and show feelings and cause them to response in the viewer. 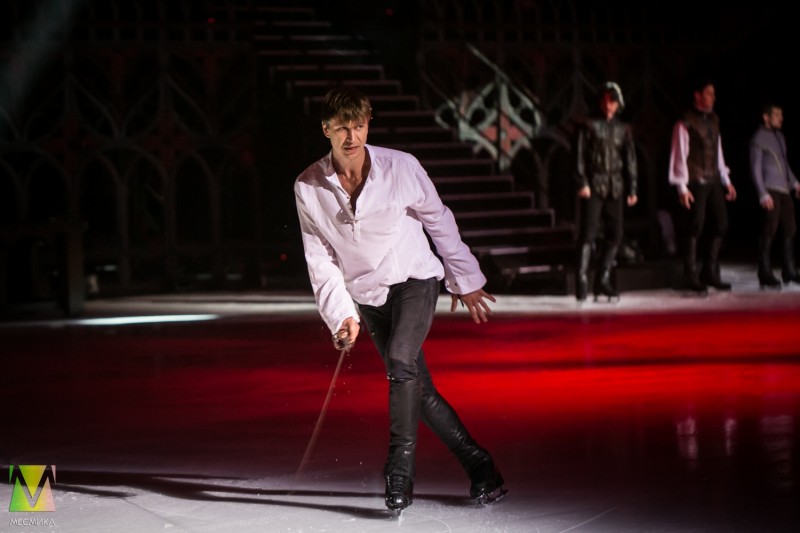 Emotions added features of this production: on the ice, lit the fire, during the duel of Tybalt and Mercutio it was raining, but the very act was accompanied by aerialists.

Of course, the most important thing that attracts in this kind of productions, is an opportunity to see skating Champions, not present in this case at a sporting event. Famous support, the jumps, the beauty of figure skating as an incredibly skilful sport was charmed and made to freeze in awe.

However, there were a few mistakes, but mistaken, even the great, and the audience so loudly they supported that explicitly forgave all.

Here come the final. Juliet, waking up and seeing that her lover is dead, fails and kills himself. Her last dance - throwing of the soul, fear, pain, confusion and despair. Seeing no other way out, she grabs a dagger. 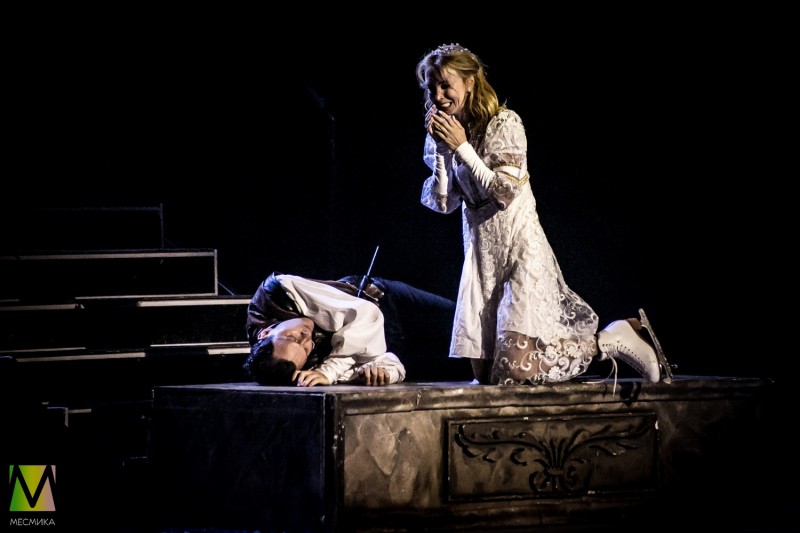 Over the well-known tragedy, came the words "Hatred is not worth living, we are born to love."

A reflection of the sincerity of the emotions of the actors became their final out - barefoot on the ice. Ilya Averbukh presented their full team and skaters already abuses, several times drove a lap of honour. The audience was welcomed by standing fully vylivshihsya artists. "Romeo and Juliet" was strong, spectacular very professional performance, real ice show, which is to be reviewed over and over again, catching new details and moments of the production.