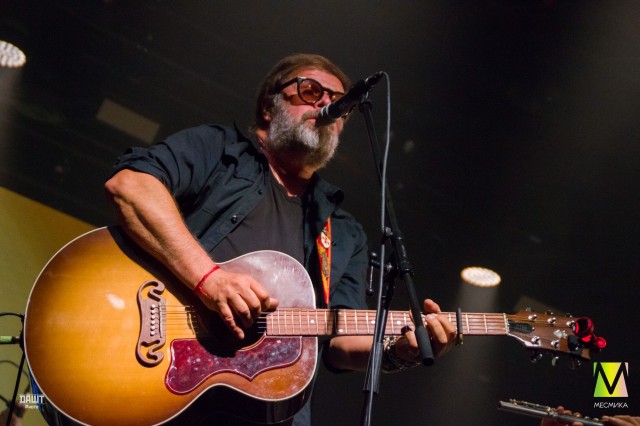 This concert was postponed for a few months. All this time the fans are held in suspense - what comes next? The concert was waiting for the presentation of the album, but have not heard the new songs. Yes, the leader of group "Aquarium" Boris Grebenshikov always leaves room for surprises, thoughts and riddles. However, on 7 June in St. Petersburg club A2 presentation recent album BG "Time N".

It was to be held on 16 March, but then the performance was postponed due to the illness of Boris Borisovich. Fortunately, by June, the master recovered and even in anticipation of the big solo concert played to everyone on the Nevsky Prospekt is absolutely free. This is a chance for everyone who wanted to see HD and hear the iconic voice, but can not come to a formal presentation. Lucky to even those who the group "Aquarium" did not know from that day was born a widely dispersed Vkontakte meme "And which group was" o did not recognize the speaker retainer.

However, on 7 June gathered in A2 of the audience so much that there was barely enough for everyone. Do a full house one of the biggest clubs showed how bored the fans for the performances of his guru. Was in the crowd to find a combined with the situation of spectators in bandages on his forehead and mehendi painted hands.

Already at the design stage it was possible to understand, who now appears. It was reconstructed in the Indian style. More and more cries of "BG", "BG"! Boris has repeatedly said that does not separate itself from the group "Aquarium" and "BG" is just another incarnation of her.

The album "Time N" is the continuation of the trilogy that began with the album "Arkhangelsk" and "Salt." In the final version of the album included nine songs, though, according to the author, originally there were more. Part gave to "ripen" and they eventually left from the final release.

When writing greatly expanded the scope of the sound, adding a Bulgarian choir, the musicians playing the saz, and the eve harp, psaltery players, violinist. The lineup of musicians at the presentation, too, was struck by the diversity, creating a melody, as if woven from a million flowers, and in the final issuing of incredible beauty and unusual pattern. 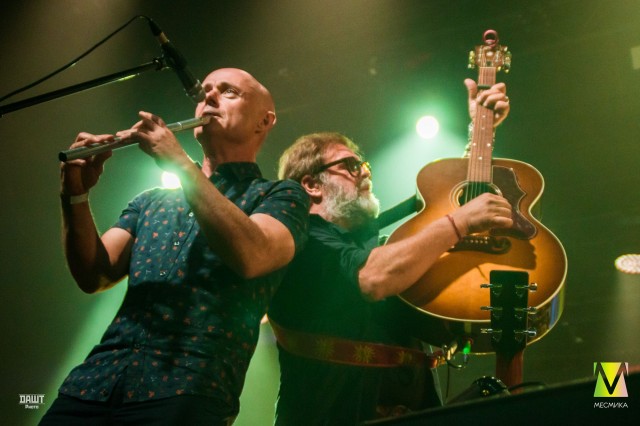 The first song sounded "Moonshine whiskey," and "chopsticks." Played Boris songs from different periods of his life: "the Marshes of the Neva", "TA I", "Elizabeth", "Salt", "Lord knows best" and many others. Here only the main surprise was that the album, which seems to be as presented that day was just one song - "Salt".

The audience was desperate for "Time N" but instead heard "Day of joy". What could be the reason? I want to believe that only now the album "Time N" the author carries some negative connotations, but soon they will fade over time and one of the most stunning, deepest releases of the last time will be open to hear from the wide areas of the country. 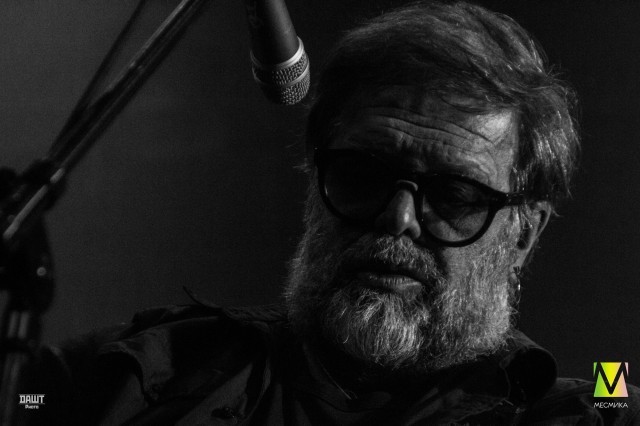 So in the end the album turned into a glorification recovered Boris Grebenshchikov. Maestro, the master, departed for the borders and limits of genre of music, creating masterpieces, not only in melody, but with a personality, no wonder that more than a dozen years remember that "He is God. Shine comes from him".

Photos from the concert at the link