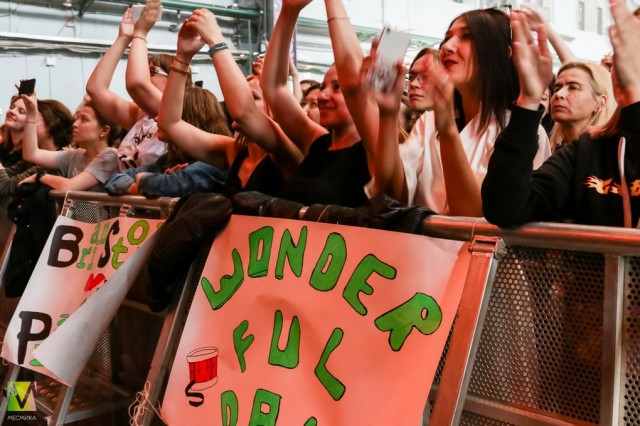 Summer is not only a feast for lovers of heat and sun and sometimes rain and grey clouds. Summer is Paradise for music fans of different genres, because in this hot season is the period of festivals. In their cities throughout Russia, open-air and closed grounds, hip hop, underground, rock - anything you want, just choose. On June 10-11 in St. Petersburg, for example, was the Tinkoff Stereoleto festival, bringing together more than fifty musicians, each with their audience and feature performance. 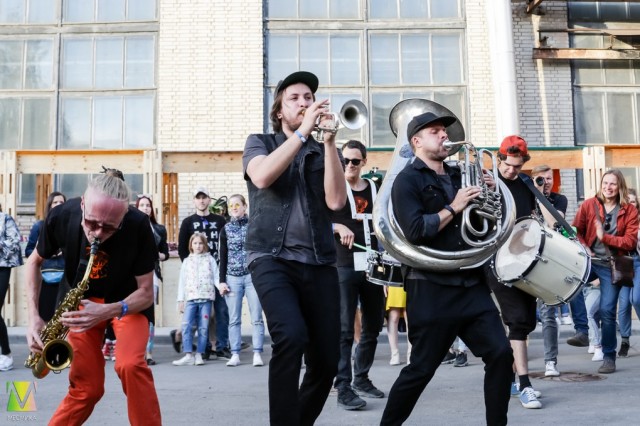 The event was held in the ART space to PLAY, relatively close to the metro station Novocherkasskaya, well, certainly in a short walking distance. The entrance ticket cost is not cheap - at the entrance to 2700 rubles for the opportunity to attend one day. Comparing with the other festivals, the price tag came as a surprise. The space itself is a converted factory buildings, located on a huge area that allowed us to deploy a large number of activities both indoors and outdoors. Conveniently, it was a place to hide from the covered on the first day of rain and sun in the pleased weather the second day. Scenes this time it was already four: home, scene from the partner Tuborg, scene, Quad, and night StereoVision scene. The musicians were where to turn, and the audience plenty to choose from.

Well were laid out and the food court. Two locations were in the Islands with food and alcohol, however, some vegans complained about the lack of power points to suit your preferences - in contrast to previous years. However, you can buy almost any hot fast food - fries with the Burger, to pizza and a few European dishes. Coffee served almost everywhere, the points were evenly distributed across the country. Like foamy drink. There was a clinic, to discover how effective it is not possible, as patients have been reported.

Not only music strong these festivals, and the total number of various activities - all after two days the audience should not get bored. At Stereoleto can come with children and give them the opportunity to dive into the shooting of this movie based on "the Bremen musicians". Adults, too, have a place to unwind even on master classes, as, for example, had a "shop flowers", though, to relax and charge the phone at the podium in front of the stage, the Quad, at least adorn themselves with mehendi drawings.

Do not forget the organizers and good deeds at the festival were representatives of philanthropic foundations.

But we will not postpone important because Stereoleto still a music festival. Between two days had an additional night program, which was accessed by a separate ticket or stay in the evening. 10 Jun opened almost simultaneously, all three scenes, the main "Brick" Vasya Vasin.

Pleasing, what is interesting, the musicians are not focused only on the main stage. Although that's where you can hear BrainStorm, Milky Chance and LSP. The last singer Oleg Savchenko, despite the repertoire, regularly called drugs not to take life and myself not to spoil. It is unknown how these calls are taken seriously, but the performance itself was a great success - "a Coin" sang throughout the hall. 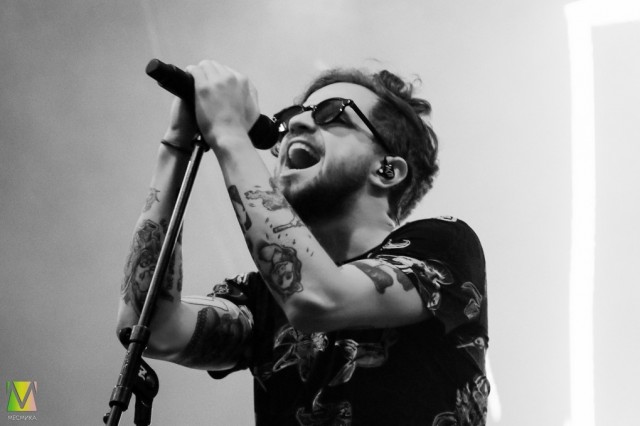 But on stage TBRG Open played heroes of modern music - Let Tank, Electrophoresis, Vulgar Molly. The last day was closing and made a real madness. Cyril himself began with the screening of some exposed parts of the body. Whether the audience is brought, or his energy, but the concert was very bright rhythm.

The Quad scene was closed by the group, Bertman.

Day guests have gone, behind the scene DJs and club musicians. Latest left already at 4.45 in the morning.

The next day all rested it was proposed to come to 16 hours. The day was opened by the St. Petersburg band Bananafish, performing good shoegaze. Relaxing under the rhythmic sound of their songs, could move to the main stage, where he performed the main allardice Russia - The Hatters. In an expanded new lineup, with two more violins, a cello and an additional brass section. Backing vocalist Anna Muzychenko and Anna Licodia changed the costumes, which, however, quickly removed. Anna Sergevna between the songs, read his poems and occasionally bickered with her husband.

Next came the stars are not smaller, just with the experience of more a decade - Caste. Despite a weak voice Vladi, they fully rocked the audience.

On the remaining of the evening was Buckwheat, Nada, Komsomolsk, Both Two, Tequilajazzz and others.

The variety of genres was pleased, though quite clear, what was down was the lane-up, but still given the chance to explore the different areas and to expand musical horizons. 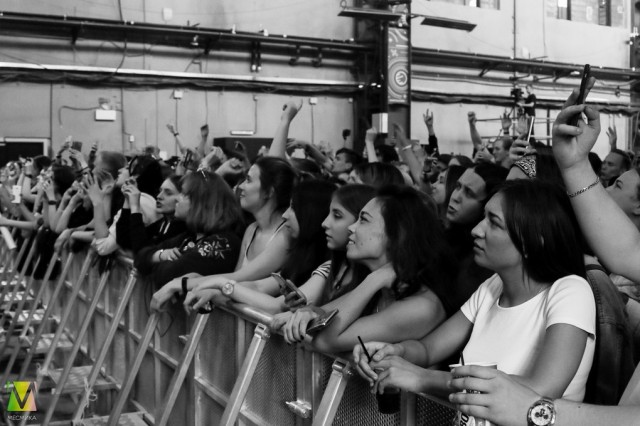 I want to believe that Stereoleto will continue in the future. Such events where you can meet simultaneously the youngest and the most underground and the most experienced and popular artists, takes place in St. Petersburg not so much, and it's really interesting.