Pilot on demand: more than a concert 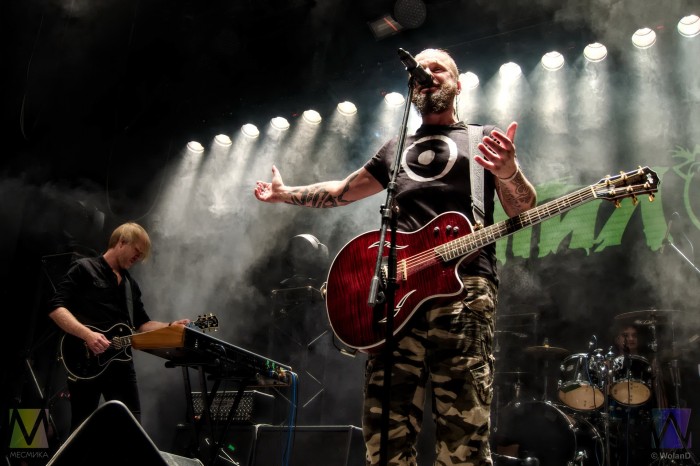 How many times have you been to a concert of your favorite band with the thought “I wish I played here this or here this song”? Back in the spring for all fans of the group “Pilot” has a great chance to participate in drawing up the setlist for the July concert in Moscow, than the audience and did not fail to take advantage. In General, the song list included compositions that are performed at concerts for a very long time, however, along with those, without which none of the concert “the Pilot” does not do for a long time. This practice group is not the first time: 6 years ago Pilot staged a similar event where the audience voted for the concert program. Since then, the repertoire Ilya Hell and companies filled with new hits and to hold a new ballot was a very good idea.

5th July-Moscow GLAVCLUB GREEN CONCERT HALL was filled almost to capacity. A beautiful summer evening and as always, polite security and rapid start-up of guests contributed to the fact that all who came had a great time. The concert started around 20:30, when everyone has already successfully got into the club and comfortably situated at the bar and in the hall. Started musicians with “Lace” and “Yard”, some of the folk songs group gave the start of the evening show. Got these songs and set lists of tours ”Dvadtsatnik”, so the beginning of the concert “the Pilot” was simple. But then it was more difficult: many of the songs were played live ten years ago, and some of the current composition of the group in General performed them for the first time. The “pack” and “Yellow house” - a song from the early “Pilot”, beloved by many of the album “War” sounded afterwards. And the “100,000 offer,” and “the wedding”? Few can remember when both of these compositions were at the same concert, rarities, even for the most dedicated fans of the band. Some songs are not complete without the comments of Elias, for example, before the song “Crazy” he told me a story about the artist who painted the walls of the entrances to the fairy tales and who was later taken away by men in white coats.

This time, the video musician went minimalist - the only cover of the album, which was the song at the moment. And even this minimalist gave a special feel - looking at the cover many probably recalled the first bought in the markets of the cassette. The era followed the era on stage and behind the “Free bird” the sample of 2003, the year sounded rarities with “Mona Lisa” - “the Shadow” and “Alarm clock”. And no less a surprise to many and as said Elijah to himself - the song “Zudwa”, a cover of the group of Chimera.

One of the new songs was “the Heart of the machine”, after which “Pilot” is once again immersed in the 2000s: “Kali Yuga”, “Two angels”, “Girl-spring”. And while the group was pleased the old but not forgotten songs, the audience is prepared for the group a couple of his surprises: “Sneakers with the stars” filled the hall lit sparklers, and “Where are you?” the audience lifted up the prepared piece of paper with the words “Where are you?” in different languages.

Towards the end of the course went checked “Crazy livin ' is easy” - which in the hall there were huge balloons, “Rock” and “Road to Paradise”.

Well, the song, which was performed on bis all know by heart is of course “Siberia”, real folk, pilitowska. At some concerts the audience is not even required musicians to sing resounding all the familiar and worn to the holes, as the sneakers words.

Thanks to the group for the opportunity to plunge into the work of the Pilot project from different eras and hear those songs that many never dreamed. Now musicians rich traditional festival season and the fall kicks off a tour in support of their new album “Pandora”. I'll meet you at the concert in Moscow on 27-th of October!