Andrei Knyazev: I have never had to make a choice between love and something else 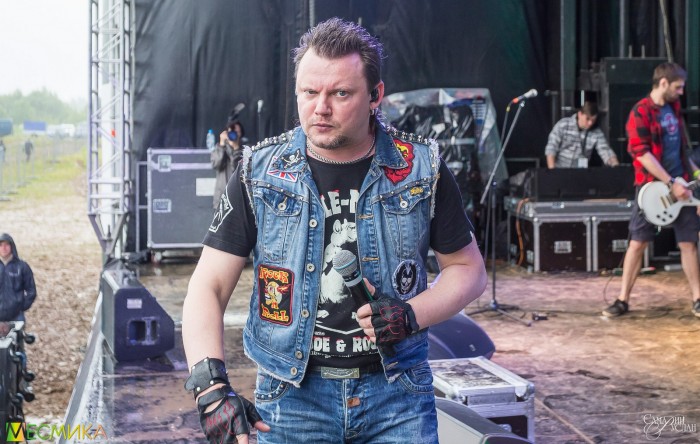 In honor of the 30th anniversary of group "King and Jester" group "КняZz" and Fond memory of Mikhail Gorshenev will present two concerts with the program "a Stone on the head". The first concert will take place on 19 July - the day when Michael died in SKK "Petersburg" in St. Petersburg and the second in SK "Olympic" on August 7 - the day when Gorshenev would have turned 45 years old.

In anticipation of these special concerts dedicated to the cult band and the legendary musician, Mesika had a little interview with Andrey Knyazev, a friend and colleague of Michael Gorsheneva.

The concerts promise to be rich in technical innovations. What would it be?

In the process of formation of the event concept came the idea to recreate the image of Michael as a hologram. With these items we previously have not had, and we decided to try! Now the work is almost completed, but I think it would be cool.

Regarding screens — I run I personally. Preparing a lot of interesting videos. Of course, light and sound will correspond to the scope of the event.

What trends, in Your opinion, now in the evolution of the punk movement?

There is no evolution of punk. Punk — he is one. But post-punk is kind of an evolution. When the mixed style every different, it generates the appropriate branch.

I cannot solve the mystery for those who have not read "Old book" — at the end of the surprise Your letter from the army of the Pot, what does it say?

There are no hidden meanings. This is the case when, after reading the letter it all becomes clear. And those who do not read, can read, because if they read this interview and im wondering what the book is about, then left to take to read.

Tell the story one poem, became a song where he came from, his story and why didn't song?

There are many verses that don't become songs. Perhaps, their time has not come yet.

With "Audition" You said that now the mood to be on the drive and courage. This means that the acoustic gigs this year?

Acoustic concerts, too, can be driving! And those who go, it is easy to confirm this.

The biggest sacrifice that Andrei Knyazev has brought the music?

Victims no no. I built my life so that I never had to make a choice between love and something else.

You recently released the single "Football Russia." How did the song? The idea was to write something for the championship or the song itself was born at a certain point?

The idea came on the eve of the Championship. I knew that I was going to watch all the matches, and if our team will fight, will be rooting for them. To write a song about the championship — meant creatively and emotionally to participate and support the tour.

At what stage in Your training an art exhibition?

At the creation stage, because it I want something else to finish, and something to restore or even to revive due to the loss of the originals.

Tickets for the concert "a Stone on the head" in SC "Olympic" on the link.

Tickets for the concert "a Stone on the head" in SKK "Petersburg" in the link.