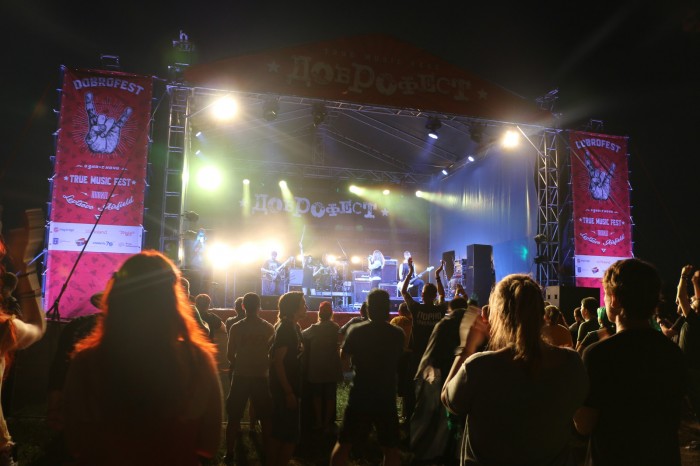 On Thursday 26 July in the Yaroslavl region on the territory of the airport "Levtsovo" opened the gates of Dobrofest for the first visitors of the festival. While the guests were arriving, starting to fill the campground, on the red stage was made by three groups. 21:00 the festival program was opened by a group of Marco Polo. Despite the fact that the guys were the first, viewers were not deprived. Audience warmly and unanimously welcomed the group. Immediately after the total energy has supported and enriched the Path of the sun. Zero day ended with a performance group 901КМ.

In parallel with the speeches opened the first public catering. Weather pleased with the warm evening and a pleasant coolness of the night. The start is given! Ahead of us 3 days and 2 nights filled with events, entertainment and, of course, music!