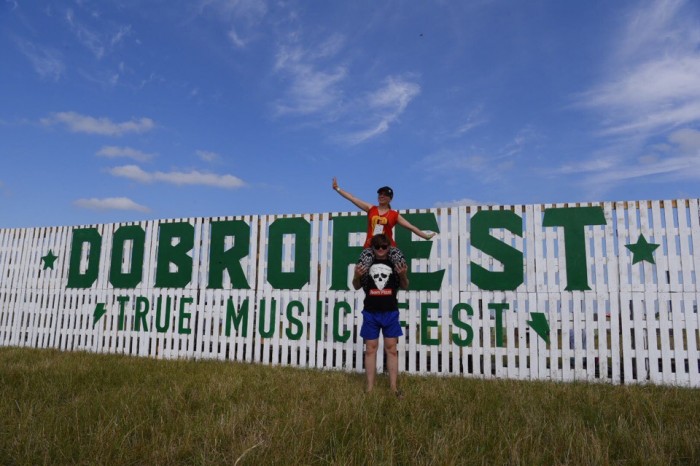 The second day of the festival was reduced to a comfortable temperature degrees on the street and significantly increased the level of enthusiasm from happening in the hearts dobromirov. The atmosphere of the festival, as in previous years, was thoroughly imbued with the feeling of universal unity. Whoever you were outside of the festival, by entering the territory of Dobrofest, you become part of one big family. You may not know the person's name, but be sure that if you ever need help, he will help you. If you fall into the slam – you will raise. If you hit – you will always hear a sincere apology. If you're a girl – the bonuses are doubled, you always skip forward or give way.

Weather years and years of experienced festival-goers to the test. Accepting the fact that true dobromila nor rain nor bitter cold did not prevent to fun, gave the sun's heat and pleasant, slightly cool wind. Favorable weather conditions allowed us to fully appreciate the diversity and heterogeneity of the external view of the assembled public. There was everything from forest fairies to Deadpool, from death to a beautiful pair of Olympian gods, from dinosaur to man, astride the ancient reptiles. They were well into the crowd of people with multicolored dreads, Mohawks and braids woven with ribbons and strands of bright, colorful skirts, kigurumi and black leather jackets. 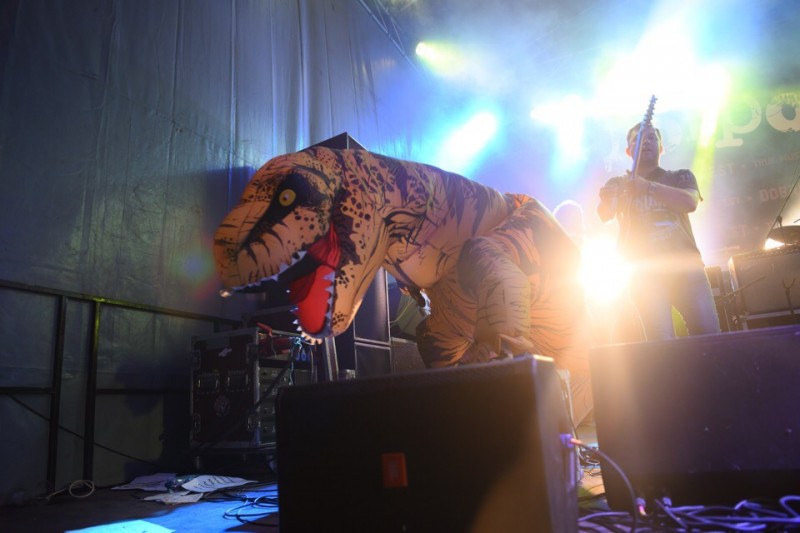 The dobrofest never sleeps, so while some went to bed, others are from nine in the morning along with the "Brotherhood of teetotal virgins" opened the Red stage. Green started at noon with the band "Stigmata". Simultaneously on two scenes staged fierce "motion" and slam "Laugh", "Ska n ward", "Slot", "F. P. G.". Group "Animal Jazz" on the contrary of the allotted time devoted to the lyrical monologue krasovskogo Alexander, vocalist for the band.

The whole year about Dobrofest told special people: ambassadors of Dobrofest or, as they were called, officer. They are different, they carried the news of the Dobrofest in different splendid Russia. Geography was rather extensive: Moscow, Saint Petersburg, Kostroma, Ryazan, Nizhny Novgorod, Rostov, New Urengoy etc. Immediately after the speech, the attache came up on stage and thanked for the work done, and then held in the press centre held a press conference "the founding fathers" Dobrofest: Sergey Ilushin and Artem Milakov. Organizers answered questions about the future development, cooperation with foreign artists and noted that all their plans this year was fulfilled by 99%.
Special bonus passport dobropil, began holding public autograph sessions in Garage Band. The last page of the document be filled by, to defend the place to the beloved performer, not trying to find him in the vast territory of the festival. Saturday autograph sessions and jam sessions took place with the participation of the groups "Pilot", "Eorsi", "Louna" and others.
The evening ended with the awarding of the group "Louna" at the end of Cabramatta conducted by the team Musmeci together with the VC community "Nizhny Novgorod Online" the performance of the guys from Scotland, United under the name "The Exploited", and special night concert "Eorsi".