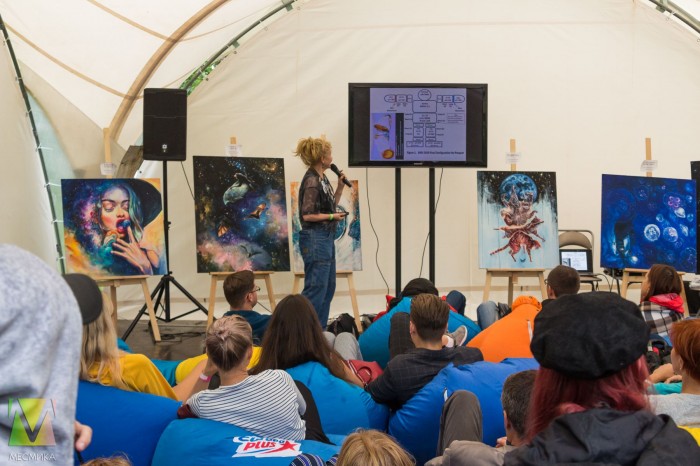 In Russia, there are thousands of music festivals of different formats and scales, and seasoned regulars to surprise was a challenge. But what do you say to a two-day science festival, where in the most accessible way to touch the latest achievements in technology, science, technology and even psychology? So is Geek Picnic, the progressive cognitive, and public festival in our country.

Geek Picnic covers both the capital and over the weekend 18 and 19 August, he passed in St. Petersburg, familiar to residents and guests of the recreation area of the Yelagin Park. The concept of the festival means not just the invitation of international and domestic speakers who sagely will talk about their scientific progress, and to make each lecture, each zone was interesting for any visitor, young or old and with any level of training. Themes were selected at the same time close to everyone: how to determine the lie of the interlocutor, and distant but contiguous with our reality, for example, whence and how to avoid a tsunami and what it is all about.

Only on Geek Picnic was opened eleven lectures and entertainment areas. Almost non-stop in different locations were made by the speakers, including such as Lisa Randall spoke about the relationship of dark matter and the death of the dinosaurs, Seth Stephens-Davidowitz with a very relevant statement about what you can learn about a person from information on the Internet. In the area of Space talking about space - Sunday was devoted to the evolution in the applied space science, and in the evening you pass the quiz, participate in quests and even look at the stars. However, the latter is not very had rainy weather.

On the main stage, in addition to the main speakers, musicians, DJs, well-known, but not performers. Morning and evening, for example, of the resurrection, it was possible to hear the electronics from such characters as Zvukofor, Say My Name, Alexey Krjuk.

But not only and not so much for music scene was staged. Alexander Panin with illusionist Nikita by Panahovym staged the whole show, which I happened to participate and spectators. Alexander talked about the surprises that may present an inconsistency between the hemispheres of the brain, showed videos, and illustrated his words. And Nikita Vanchugov played with the audience, allowing you to enjoy the psychic and the other miracles in full.

A separate area with age limit 18+ appeared at the festival this year. There could hear about gender relations, alternative forms of marriage and the family, when Freudian and self, the development of relations in the future. The people there were gathered a lot, in the end, it is a question of social relations applies to everyone.

Separately want to highlight the entertainment. One of the most striking features, the location where you snaked the longest line, was the area where you could ride a driverless car. Unmanned vehicle for everyone. How about this, Elon Musk?

In addition, held tournaments in popular computer games, workshops, zone, VR-reality, location “Game of thrones”, where he taught archery, cosplay stands and even the area of steampunk.

Geek Picnic is not just bright, interesting and rich on events event. First and foremost, this is an opportunity to join itself and introduce the whole family to the science, to show that it's not boring listening to big words, and interesting, a huge world that concerns everyone and which can be looked at from different angles.