Kyle Falconer: I had the idea from the very beginning to do everything yourself 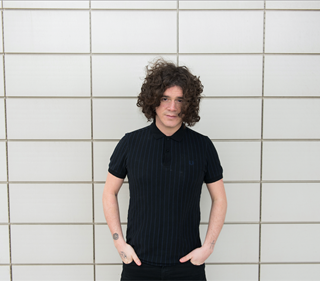 In late July Kyle Falconer has released a video for their second single "FamilyTree" from the album "No Thank You". In this video were used footage of Kyle's vacation with family in Thailand. Mesika asked a few questions Kyle about the cover, the recording of the album and a large British tour.

Your debut album "No Thank You", was released on July 27. How did you feel? Pride, excitement, or something else?

Kyle: It was a mixture of emotion. Was a little nervous and anxious before the release. I'm proud of it - I've always wanted to release a solo album until I was 30 years old. I just turned 31 years old before release, so I was close!

Why did you choose “Family Tree” video?

Kyle: might Not be the best match. Shooting in Thailand was made just for fun. My friend Connor was there with us a short time, and he had a camera, so he wanted to document us as a family, so we can later look at it. Never planned to use this footage for any video, but when we decided to use the "Family Tree" as a single, everything just fell into place.

What does your wife think about using frames for your family holiday in Thailand?

Kyle: She liked this idea! We both think it's great for our daughter's wild to look back when they become older. She bothers and excites us on the screen when this happens. This is something special.

Why you were working on recording the album in Studio Black Barn studios Paul Weller last summer?

Kyle: I had the idea from the very beginning to do everything yourself, that's always been what I wanted to do. I had my friend Scott on drums, and Charles to help put it all together, but I really wanted my first solo album was released independently. It was quite a different experience from any other albums I've done. I was very pleased, and I'm glad I did it.

You have a pretty tight schedule during the British tour. What about your family? Whether they with you or they will support you from the house?

Kyle: We had originally planned to join me for the tour, and we were talking when Laura was pregnant, that "we will be touring a child", but Laura is your business, and we want to wild was as much as possible in one place. When it comes to traveling abroad for a long time, they will go with me!

What is your upcoming show are you most excited about? Why?

Kyle: to tell you the truth, I like all the concerts! I get out, and good to be back in the place where you were before, and see what else from there! But I look forward to returning abroad ... those were the days!!!

What song from the album "No Thank You" is your favorite or most notable?

Kyle: They are all very important to me, but Family Tree or Madonna's are the most emotional songs.

What does the cover of "No Thank You"?

Kyle: actually, Laura, my girlfriend, came up with the idea for the album cover. This is my daughter in the foreground, she's just resting, creating this masterpiece. She brought me into this new life, is the idea that she was looking at me like I'm her world is as if this large color mural and I don't want to let her go or return to any darkness in the past. 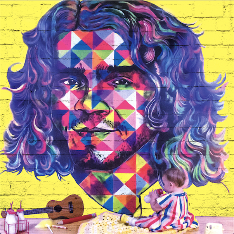 What is your advice to people who want to engage in rehabilitation?

Kyle: Go full speed. Don't you dare give up halfway! If you are ready to go ahead, give it your full attention. I went a few times before and my heart was not immersed in the process. But when you know what you know.

You think about the next album or single release?

Kyle: the Next single is on the way! Thoughts about new music is always! My brain never stops.