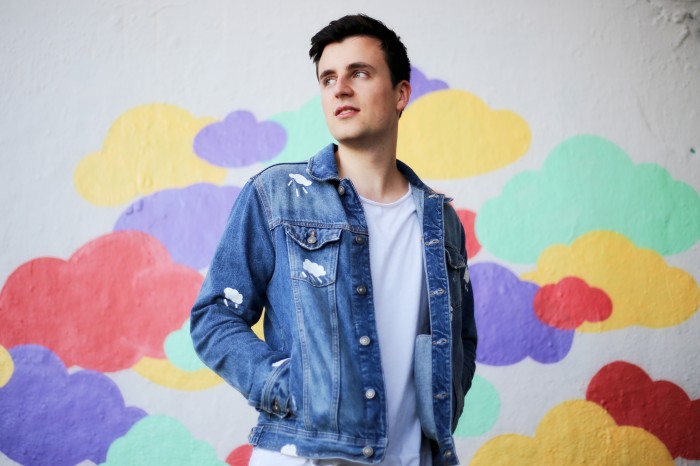 Luca Schreiner 23 - year-old German DJ from the city of Stuttgart. After 4 years of producers it decided to apply its accumulated experience and started to deejay. Mesika asked Luke a few questions about the new tracks, mixing the styles and it helps if the experience of the producer in DJ.

Why did you decide to become a DJ after being a producer of music for four years?

I think it was a good time, since my promotion, finally, drew attention to my single "Missing" at this time, and people began to notice my name.

As your experience as a music producer helps you in your work as a DJ?

It really helps, because you can create your own wording tracks that nobody plays except you. But I think it works and Vice versa. As a music producer, you don't necessarily know what is best shot on the dancefloor, so the DJ will help you with this.

Have you ever heard about the Russian festival Alfa Future People? And have you ever been to Russia? Some Russian DJ's you know?

It's funny that my girlfriend is half Russian, so I know a little of the culture and its language. Alfa Future People - a crazy festival based on what I saw in the photos. Unfortunately, I've never been there. I know a few DJs from Russia, such as Arty, Filatov & Karas, Hard Rock Sofa, .

What's your most memorable concert?

I think that performance at the World Club Dome in Frankfurt was a crazy experience! The festival is visited by more than 140,000 people for three days and I'm very proud to be there playing for the third time this year.

You recently did a Remix for The Do not Go Breaking My Heart and you wrote that the Backstreet Boys are my favorite band of your childhood. Why did you choose this song to BSB and how the group affected you?

I remember how in the childhood listened to many tracks of the Backstreet Boys. I grew up with her older sister - in this case you have no choice but to listen to the music of boysband from day to day ;-)

Your style is sort of classic deep house, tropical influences and elements of progressive house. Is your definition of your style, or someone called him that?

I would even say that it has changed a bit. Right now my style is more of an intersection between dance and classic pop music.

There is a tendency to mix a variety of styles and genres: edm, rock, classical, Repi, etc. do you think it is good for the development of music or different music don't mix?

I think it's very important to have a little mix of different things. I always try different genres and for me it is always very useful from the point of view of production. People want to hear the new styles they've never heard before, and I think that this is possible only by trying new things and blending genres.

This year, the world lost Avici. What meant to you Avici and his music?

He and his music a lot for me meant a lot, as it was also one of the reasons I fell in love with the more melodic / piano House music, which basically brought me into this genre. It is very sad that we lost such a great musician!

What you can do every day, and it never makes you boring?

I would say "Engaged in production", since there are so many different styles and techniques that you can try without even getting tired.