EJ: all of my music needs to have a high level of energy 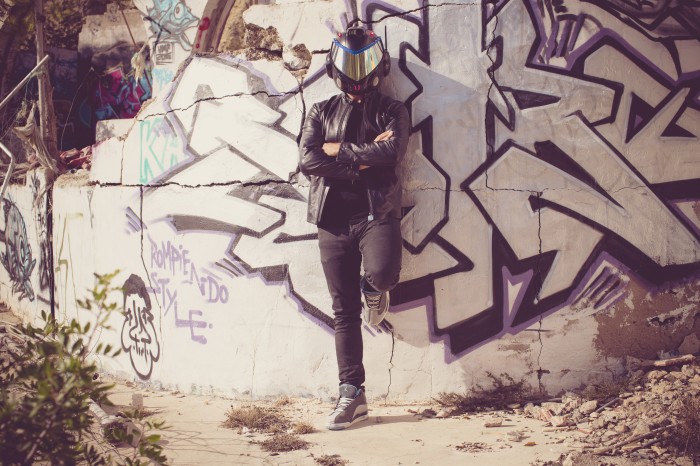 EJ - exclusive and mysterious DJ in the world brand of entertainment and racing championship Formula E, it is also one of the newest talents of label Garuda Music.

You have a new record called "No More Chances" ("No more chances" - transl. from eng.). Tell us about the recording process and why you selected this title?

Almost all the tracks that I'm releasing, I want to play in Formula E, the championship for the street races on electric cars, a resident which I am. I stand on the racing cars racing on the track, which is very interesting, so all my music must have a high energy level. I started from there. Then the idea developed that also work well in the club and at the festival. My latest releases out on Garuda, so they were very helpful in helping me to develop as an artist and offering advice, and from which came the original idea of vocal padding. The name also came from racing. You have "no More chances", so you make absolute effort and win!

You have a huge support from some of the world famous DJs. How are you helping?

Well, in the signing of a contract with Garuda, I had awesome support from Gareth Emery and Ashley Wallbridge. Ash was particularly helpful in direction on the record. The guy is so talented! Then there are people like Armin Van Buuren and Andrew Rayel playing my tracks on his radio show that really help to promote my name out there.

How long have you engaged in producing and DJing?

I have long been engaged in DJing and work with major dance music labels, but producing really only last four years. Very pleased with where my production now. I relied on the help and knowledge all the fantastic people with whom I worked and who still work.

The fact that nobody knows who you are, affects your popularity? What is the main idea is to remain mysterious?

It was an idea I created when I first started working with Formula E. I wanted to make the hero-the DJ could grow with the champion, so EJ was born. I don't know, does it increase my popularity, but it definitely makes people pay attention to me, and now the race there are many people who want photos and autographs, and wearing my t-shirts and hats. It's cool!


Does Formula E work as a DJ? It brings you inspiration?

Yes, definitely. Formula E is entertainment, and to electric cars we add music to increase the experience. This year I started to do the show EJ on the main stage to crowds of up to 10,000 and I plan to develop it next season. It is very fun. Then pay attention to the pre-party and party, and it's a pretty amazing tour! I think travel really helps with inspiration. You find yourself in incredible places, I feel, help creative.

Anyone ever tried to remove the helmet?

Kylie Minogue tried to get a good look. But again, it was easy, because she just looked at me :)

Is EJ abbreviation? What does it mean?

It's not an acronym. Originally it was a Formula EJ, but the EJ just feels better.


Do you plan one day to reveal himself? If Yes, how will it be?

Maybe. Too much fun I get at the moment. It would be nice if it would not be so hot when I play. In some of the countries in which I speak, the temperature can be over 40 degrees!


You travel the world, and the list of countries you visited, is impressive. Is there any country where you have never been, but wanted to go?

I've always wanted to go to Australia. I hope Formula E will race soon and I will be able to learn tour with her. I would also like to go to Japan. I like their culture and especially the food!

The biggest achievement in your life?

As for the music Armin Van Buuren opens his radio show ASOT with my previous release, Slipstream. That's pretty damn good. As for the show, probably the performance at the Ultra Music festival in Croatia. I have to play on the stage of the Arcadia Afterburner, if you haven't seen, view. So crazy!

What's next for EJ?

Garuda on a lot of music. This year should be another few releases, and I'm working on a special project for 2019. As for the tours, I signed a contract with the Assured Agency, so we are working on dates outside of the calendar of Formula E. I like to play on races and on the main stage, but I'd like more than to be in clubs and festivals. See this place!