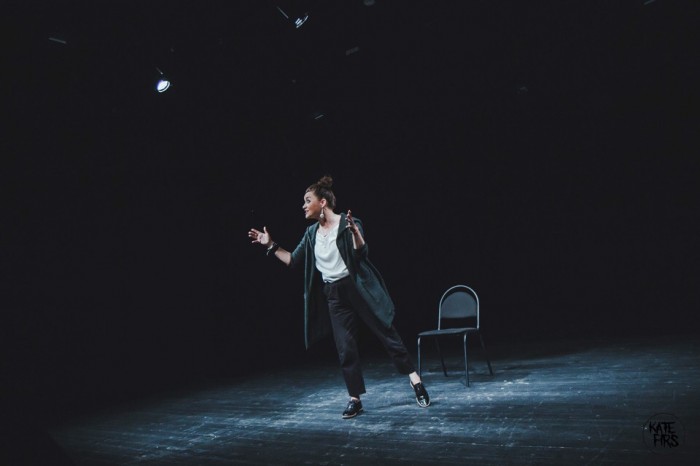 Everyone in his childhood reading of fairy tales. Everyone perceives them differently. We were taught to believe in miracles, but suddenly the moment came, when rose-colored glasses sleep and we realized that even supposed to work wonders with their hands. As it happens on the small stage of the theater Komissarzhevskaya in St. Petersburg, said the actress Elena Reznichenko September 22, more specifically, showed one of the variations of the story about the Frog Princess.

Performance in the new for Russia, the genre of theatrical storytelling came up, set and even embodied in the life of the playwright, Director and producer Vladislav Lyuby. The same weekend he was brought to Saint Petersburg one of the most notorious of their creations - a rock Opera Todd, staged by the famous English story about a demon Barber with a tragic fate. In Russia, the story and the staging adapted to the music of the most theatrical punk-groups “king and the clown”. One of the main roles, the beloved Sweeney Todd Lovett, played by Elena Reznichenko. According to Vladislav Anyone for a long time he watched Elena realized how much she's a good actress and has offered the participation in the project of storytelling. Tricky word stands for, quite simply, the story of the story. In this case, the story told the frog that lived in the swamp and one day met Ivan. Was Tsarevich, though seemingly a fool.

The whole story was filled with allegorical images. There's kind of like a frog from the swamp, and Ivan took in the Royal tower, and requests the king-priest are the same: shirt da carpet for the wedding, only for modern enchanted Princess in their own way. Miracle in the 21st century it will not do, but come to the aid of the social network and the phone with the right contacts. And the dragon is not just drags captive and holds in prison and seduces a luxurious life where you can in anything does not deny. Is it easy then to remember about your Ivan?

Vladislav Lyuby stresses that have created a story about what impact on the governance of the world have women. Elena Reznichenko added a lot from myself, from my experience and ideas about women's capabilities.

After the performance, both the author and the performer came on stage to talk with the audience. Among them were many friends, loyal viewers, the musicians of “the Northern fleet”.

The story is told and shown interesting of course, Elena is a great actress, and a sense of humor in the text is very thin and elegant that can boast not every playwright. Only disputed the idea: coming after the performance, he stressed that “This is a story about what the world is ruled by men and run by men women. In the conventional modern frogs from the swamp there's only two choices - to embellish the swamp or to find a “Ivan” and turn it into a Prince”.

Yes, these ways work and are actively used by modern ladies. But that's only any “frog” long ago learned to get out of the swamp and to make yourself the Queen. And becoming more and more around them, the true Queens, not fabulous, but very real.