Lovely Laura&DJ Ben Santiago: We both just work together on everything, which seems to work out best 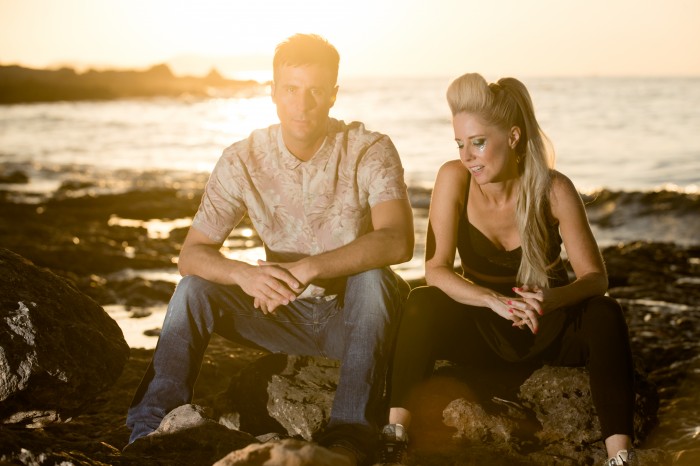 Internet sensation Lovely Laura and prolific Ibiza DJ Ben Santiago have quickly risen to be one of dance music’s most revered and dynamic duos in the industry. With residencies under their belt for some of the biggest clubbing brands, and streams in the millions for their signature fusion of rich, energy driven grooves and addictive saxophone, the pair’s shared talents have proven to be a compelling combination.

How did you meet each other and decide to perform together?

LAURA: Ben was already living and working in Ibiza as a DJ and I happened to be over for work/ holiday. We ended up crossing paths, falling in love and the rest is history!

BEN: It all happened very organically. Long story short; we met in Ibiza, fell in love and then we eventually started to work together here and there. Over time, this became more & more regular until in the end we just became a duo. If there were any outside influencers, I guess you would call it fate!

You have an impressive list of clubs where you played around the world. What club is the most remarkable for you and which one you love to come back again and again?

BEN: For me that would probably be Pikes in Ibiza. I have played there many times and I don't think I will ever tire of it as the crowds are so good and the venue is such a truly magical place.

LAURA: My best memories are of Space in Ibiza. We had a weekly residency there back in 2009 and every week would bring the best clubbing crowd ever. The sound system was also incredible!

What country have you never been but want to visit?
LAURA: We’re still due to go to the Galapagos Islands for our honeymoon – not sure when we’ll get the time to do that! I’m also intrigued with New Zealand and Australia.

BEN: I would love to go to Africa and do a safari, plus the Galapagos Islands are also high up on our list.

How do you range the roles in your duo?

BEN: I don't think any allocating of roles actually goes on! We both just work together on everything, which seems to work out best. Team work is dream work as they say...

LAURA: Completely agree with Ben. We work well together with pretty much everything. We also respect each other which is a big thing.

(to Laura) When did you post your first video with saxophone to Facebook? Did you expect such great success?

LAURA: I’ve been on Facebook since around 2009 I think so I would upload the odd photo or video here and there but I really didn’t expect much. To me it was just a tool to advertise my upcoming gigs and to connect with fans, but social media has developed so much since then! I really owe a huge thanks to our fans as it was down to them uploading videos of me playing which ended up going viral.

Do you feel that you are legends?

BEN: Not in the slightest.

Have you ever been to Russia? What do you know about Russian EDM stage?

BEN: I have never been, but I know Laura has...

LAURA: I have played there a couple of times in the past but many years ago. I’ve never played there with Ben so that would be a real treat to play our set there some time!

You both worked in fashion industry. Do you have any plans or offers to continue collaboration with fashion world?
LAURA: I never close a door to anything so if the right opportunity came along I wouldn’t say no. For now though I feel more focused on our music production and feel that this needs more attention!

BEN: If an offer came in, I would definitely love to work with those guys again. Funnily enough, we were chatting about this only last night saying what an amazing time we had when we were performing at the various fashion events and how we wouldn't mind getting back into it!

How do you find inspiration?
LAURA: Inspiration more finds me. It’s not like a tap that you can turn on, it’s more a feeling, an emotion or a sound. I get very moved by music and can very often get moved to tears!

BEN: Mostly through music, but let's be honest inspiration can come from the most unexpected sources anywhere at any time.

Do you get any presents from your fans?
LAURA: I’ve had some lovely little gifts! I’ve been fortunate enough to have beautiful clothes made for me – even a personalized t-shirt! I quite often get brands or companies get in touch but I’m also very conscious not to turn into an advertising whore!

BEN: People just tend to throw rotten cabbages at me when I DJ haha.