Elysium: a concert on demand 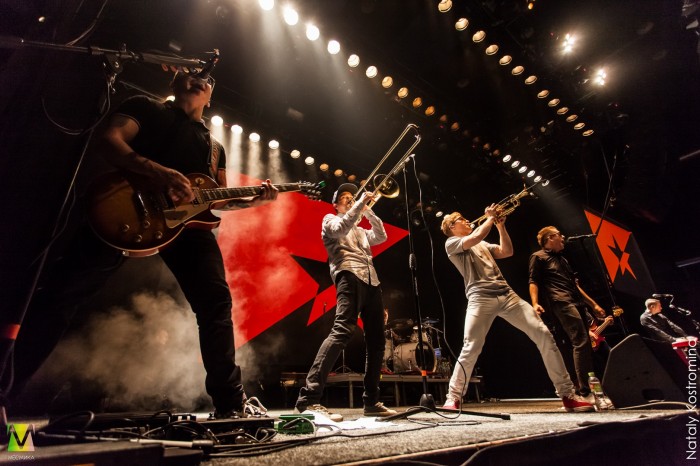 Probably not so much the group of us that can afford to hold a concert exclusively based on the songs chosen by fans. For this group needs to have at least a few albums and of course to enjoy the love of the listener, that he - the listener - want to hear something special for yourself. For Elysium, who have the experience of not just a few albums and a discography that long gigs are not simply a novelty - but rather it is their distinguishing feature. Many still enthusiastically recall the 4-hour presentation of “Poisons” in the Adrenaline Stadium last year.

The concert on 6 October turned out to be not much shorter - more than 3 hours was to play a musician, so they came down to business without delay. And the first thing was “his star” just the same with the latest album “Poison”. And two songs from it - “don't believe” and “S. A. T. A. N” the group even managed a little to tie together that sounded very cool and unusual.

Of course, not all the songs musicians are unconditionally added to the list of voting, for example, “How you stand” - her group had chosen. Moreover, as said the leader of the “Elysium” Dmitry Kuznetsov, the song generally had to be on the album “13”. By the way, the 1st December marks the tenth anniversary of this album, so you have a great opportunity to hear the whole album.

Despite the fact that the band certainly played more than talked, they occasionally wound up space. Like on the songs “Black Banner” and one of the most hard songs “our Hell!”. Then sounded and “My weapon”, for a change, diluted with rap by Egor Baranov. Closer to the middle of the concert he Burmakov and Alexander Legasov made a little impromptu concert for three, in this part they played several songs, including “van Gogh”, “Like”, “Brightly burning”, “I'm going home” and became a classic “all year Round”.

Not without acoustics Telenova - Sasha sang several songs, including “About the helicopter and the pilot thereof,” and “red dress”. But the acoustics is good, and electricity is always better. This evening there were also songs such as “Old school”, “Interesting”, “Climber”, “I'm going home”, “Everything and nothing”, “Interesting” and many others. Under “Space” the whole room lights phones and it looked amazing!

In the end, the group met the stated 45 songs, though Telehov and complained towards the end that he brings his chest. Being a musician is not as easy as it may seem.

In the end, the next concert of Elysium was a great success! Without calling ambulance in this time, and the fans left happy after a 3-hour stupor of varying degrees of rabid.

The next time the “Elysium” can be seen on 1st of December, the anniversary of the album “13”. Who was little - and such we believe was done even after 45 songs - come!