LITTLE BIG in the Yaroslavl branch of hell 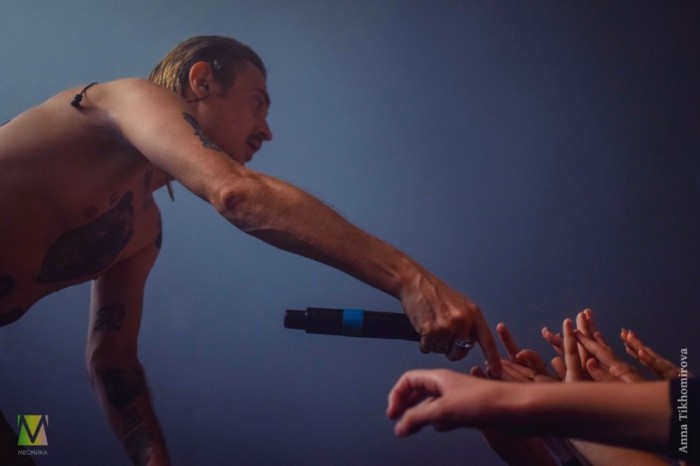 "Don't tell LA BOCA DE LA COCA until DENZA PARADESA" 15 Oct, it is very symbolic that it was Monday. In Yaroslavl for a couple of hours, opened a branch of hell: the band LITTLE BIG roasted wildly and shamelessly.

In club "the Hill", they presented their third album "Antipositive". The concert featured songs from the new album "Faradenza", "Love Is Dead", "Ak-47", "Lolly Bomb" and the unforgettable classic "Big Dick", "Every Day I'm Drinking", "Fucking an Asshole". Not without viral "Skibidi", which they described as "a song spread all over the world", why they "do ****** (surprised)". Characteristic dance movements showed even the bartenders that didn't care to prepare cocktails for the thirsty. "Louder! I can't hear you! - shouted in between songs Ilyich, despite the fact that the tympanic membrane was stretched from the noise after the second composition. And it is not properly sound or an incorrect setting of the equipment: the fans and the fans screamed and yelled so violently that it was necessary periodically to change the deployment so as not to disturb someone during a fit of ecstasy.

Enchanting show, which gave the guys that worked on all the senses: feel with every cell of his body standing next to people; taste girly hair that is constantly getting in my mouth; caught the smell of a mixture of men's and women's perfumes mixed with sweat; I hear the music and the frantic voices of the crowd and, of course, the most exciting thing that you see. Blissed out eyes gathered not only from young musicians, but also from the light escort: a white blinding flash, the light rays of all colors and high quality Wallpaper.

Despite the provocative lyrics and aggressive flow, the concert gave a warm emotion and joy. In the introductions to the songs Yaroslavl was called home slang word "Yarik". In General, interaction with the audience was on the most friendly wave. "Kill,*** the hurdy-gurdy, there's the poll!" - Lenin said and immediately continued: "Che, how are you?". And if you slightly change the connotation and customized response under the literary norm, then a chorus of voices from the audience replied that "everything is perfect" and "let's continue". Pungent things, sounded from the stage, great fueled total energy, one of them perfectly describes the atmosphere of the whole concert: "it is very slippery, very crowded, but very hot.".