Red in the northern capital, the club "Zal" (St. Petersburg) 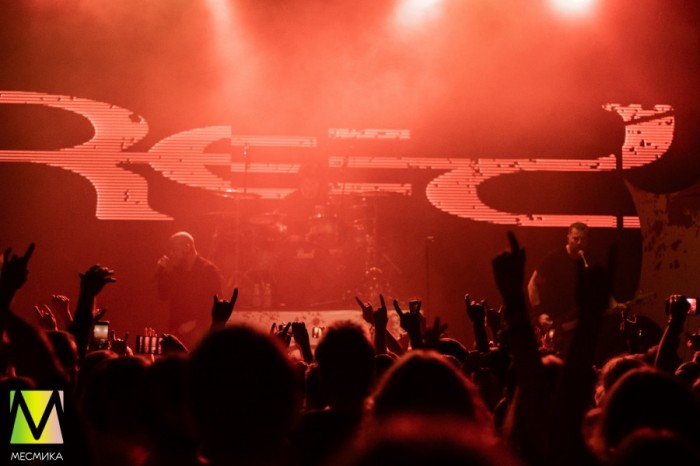 Despite the cool weather, at 18:00 fans of the group took place at the club, wanting to be as close as possible to the stage. Once started, people rushed inside, some settled at the bar, and others rushed to the scene to take the most convenient place.

The concert began at exactly 20:00. To support the headliners arrived Russian guys from the group "Angel Wax". Russian rock band coped with its task. Wax Angel sang 5 songs, one of which was a cover of the song Pink Floyd – Another brick in the wall. Hall was happy!

Warmed up the crowd eagerly anticipated the performances of the headliners of the evening. The band appeared on stage at 21:00 and began my speech with the song "Still Alive".

Red presented to the public their new album "Gone" released in 2017. And also played several beloved by the listeners of the songs, like "Already Over" and others, the band also pleased the fans of his work an acoustic version of "Pieces". Finished his speech, the musicians cover Sia "Unstoppable". Only the Swedish group played 19 songs, but delighted fans gladly would have continued to listen to the blasting music of these hot guys. The Russian audience warmly welcomed the musicians from America. Red left the stage to endless applause and cheers.

Throughout the evening at Club Zal was hot. This concert to all fans of the band will be forgotten for a very long time!