The bricks are still heavy 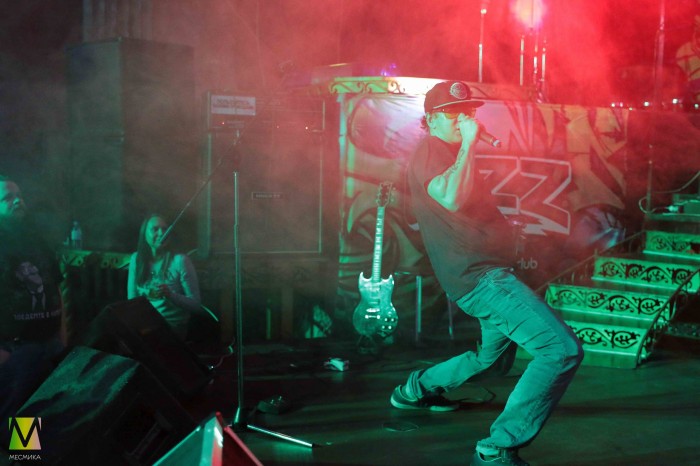 Next year the Bricks will celebrate 20 years of its probably most iconic album, “Death at outdoor rave”. It essentially began the development stage of the band that set the bar in this at the time strange and unusual for Russia as the genre of rapcore. After there were “Капиталиzм”, which continued the line of “Death at outdoor rave”, but that the album ' 99 year was the impetus for the development of the underground at the time of the group of Bricks.

After nearly 20 years behind the group's 11 albums, and let the latter may be perceived by long-time fans as something more experimental and Vasya Vasya - the permanent ideologist and the leader of the group - in recent years engaged in more side projects, all that the group brought their first album still lives in the hearts of “generation zero”. And it is for those same songs and emotions of the 18th of October in dreary autumn day the audience came to 16 tons.

The club for a long time became a kind of chamber theatre to a small but cozy performances. From the spleen and Dances Minus to lilies of the valley - each group that comes to this club can feel the closeness of their fans, and they can enjoy the good sound. So it was this time almost completely clogged club, fast work wardrobe and as always great bar - what else you need for a great concert.

Of course no one is getting younger, and even Basil. But this does not prevent him to give his famous readings, but the whole hall to sing along with his autograph all valuable on tobaksvej bill. And familiar songs like “Daniel Blues”, “you thirsty bastards”, “friends”, “Jedi”, “Get down”, “Death at outdoor rave”, “Bike”, “I”, “I Spit” -- still sound amazing after years and almost decades.

Come to the concert of Bricks in his town, good autumn tour is gaining momentum!

And early next year do not miss the anniversary of one of the most striking albums of Russian music - “Death at outdoor rave”, which will take place on the 6th of January in Moscow “GlavClub”!