Nikolai Drozdov held in St. Petersburg lecture on the origin of the Universe 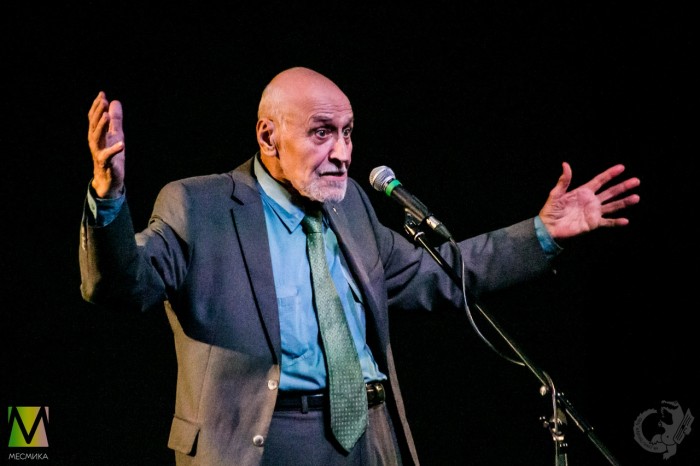 There are voices that the majority of citizens of our country learn from million. Such is exactly the voice of Nikolai Drozdov, a long-standing and permanent presenter of the program “animal world”, coming on the First channel already in 1977. In addition to research activities, Nicholas leads a and education and lectures for residents. In St. Petersburg on November 14 at the Studio “Lendok” held a speech on the topic “is There life on Mars”.

When the lecturer took the stage, he immediately said that the name of the comic to remember the Association with Filippov and “Carnival night”. In fact, stars no count will not, and will raise a few theories of the Universe. In particular, thrushes touched upon the topic of the relevance of the Big Bang theory. From his words you can understand that she doesn't seem him enough evidence.

Very often, the lecturer was distracted from the stated topic and he mentioned details about his life, parents or perspectives on certain events. Biography of Nikolai Drozdov is rich in interesting events, encounters and meetings. He reminisced about their joint work with Yury Senkevich and friendship with Valentina Tereshkova. When asked at one of the events if someone is to go to Mars, knowing that you can't go back, time is not, then it Tereshkova said “I”. This is one of the episodes, the witness of which became a scientist and shared with the audience.

About the origin of the Universe have been told not so much. Still most of two hours and a half occupied the retreat. The impression did not lecture on a specific topic, namely meetings with man, whose life had been many important and interesting than he can share with the interested public.

Many Nicholas talked about the infinity of the Universe and how science is now occupied by computers. Indeed, enormous calculations are now in the same office, although in the past they would have taken a huge complex of research institutes.

By the way, many of the numbers, the product of the speed of light and sound, the scientist told the audience that turned the afternoon into a kind of interactive with the public.

Closer to the final Drozdov noted that the evolution happens according to a certain program, inherent in us and which humanity should be.

The interest of the public to such events is very high, if not the lowest price for a ticket, about eight hundred rubles, was sold for all. The organizers promise a repeat in February, we only hear what the theme will be raised next time.