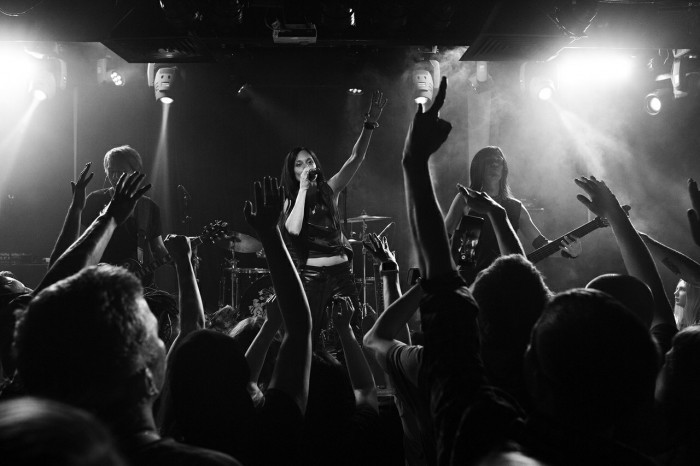 On Friday, November 30, Mara made at the capital bar Station Hall with the program "Russian star". Rock singer presented the audience a song from the same album and performed a few old hits.

The concert began with lyrical notes: Mara greeted the audience with the song "Airplanes" from the album "Revelation". Playing a few songs from more recent records records, the singer moved finally to a new program.

The album "Russian star", which became the fifth in the singer's discography, includes eight tracks are like eight rays of the star depicted on the cover plate. The artist herself has called it an album, Manifesto, fiery, fierce, sweeping, uplifting: "Prepare banners and banners!"

Mara briefly represented each of the songs, saying what they are "about the Russian character of a soldier, courage and commitment, which is in the blood of every man." The album is Patriotic, sometimes – tough, challenging: "we should remember what our blood, could feel her inside me." But sounded cheerfully and energetically: at the time of the execution of one of the latest songs Mara even went down to the audience and sang together with them.

However, the audience on new songs react not too active: she listened, she hasn't tasted them... And started to ask the old songs.

When Mara finally fulfilled his famous "220 volt", the fans literally threw her roses. The song came to an end, and the flowers lasted: white and red roses flying to the stage from different ends of the hall, they passed through the front ranks, they were thrown on stage. And Mara, holding in one hand a microphone, managed to catch them another.

And then, to the applause of the audience wired, re-lit the "Russian star" - she sang the title track of the new album. Encore.