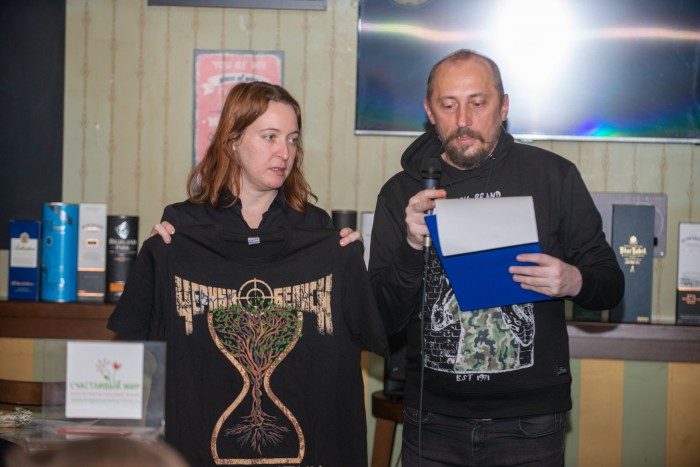 The host of the event was the Creator of the portal "MuseCube" and radio host Vladimir Hookah. Special musical guest was the group "Give Two", singer Liudmila Makhova and guitarist Roman Palmov.

Proceeds from the sale of lots obtained at a charity auction, will go to the rehabilitation of Andrew Budarova. Head of Department for active rehabilitation "ICR Children" Alexander Fokin, where Andrew will re-learn to walk, thanked the musicians and guests of the pub for their kindness and the joy they gave to people:

"I've always been far from the subculture of punk. And they are big fellows, held such an event. Thank you to all the organizers of the "Generous punk." I was invited to speak a little about our future patient Andrew. Fund "Happy world", which opened a fundraiser to pay for the rehabilitation course. And this event was organized to speed up the process and had exclusively charitable character. All proceeds from the auction will go to the charity Fund, and they will be directed to the account of Andrew." 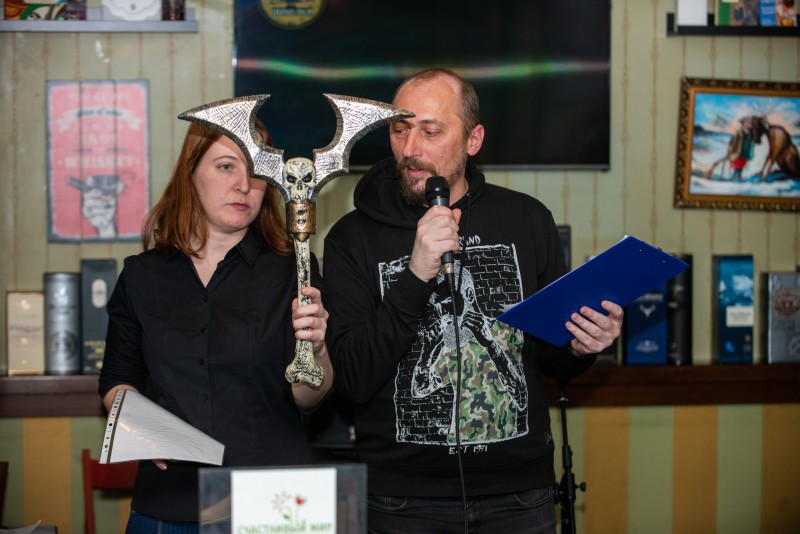 The most expensive lot was a set of tickets from the band "Slot". For them to give 10 thousand rubles.

Fund "Happy world" thanks to artists, supporters and the media who supported our campaign.

You will also have the chance to buy lots of musicians on the official website of charity Fund "Happy world". The start of sales on December 4 at 18:00.