Jane Air in the Theater 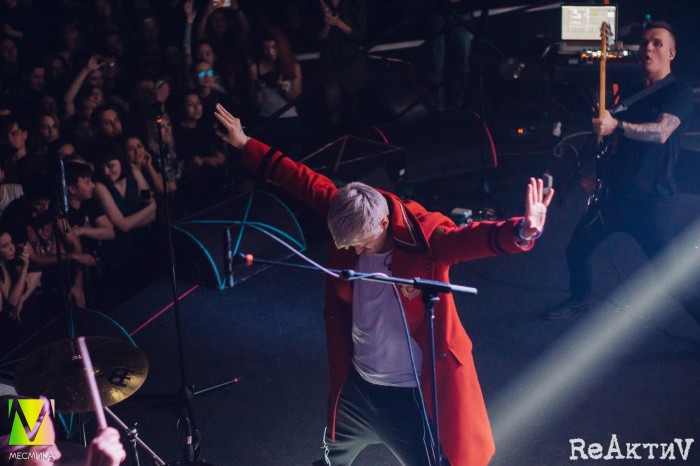 In General, autumn Jane Air promised to release an EP of several songs, to which was dedicated the concerts in Moscow and St. Petersburg. But in late November Anton honestly admitted that they do not have time to release a mini-album by the target date. And therefore, the output of EP is delayed for some time, and the concerts themselves turn into “on demand”, in connection with than in the groups in social networks there was a vote for tracks from different albums that should be in the final setlist.

It's nice that in this situation the group found perhaps the best out of the situation. And the output of the EP a little later would be only the occasion to meet again and show everyone the new material. After the concert on demand is a great way to remember old songs and re-arrange rock, rave and hardcore in the two capitals.

Club the Theater, which last year settled at the metro station Bagrationovskaya was able to take a lot of good and is just great concerts. I want to believe that it will continue to evolve as a concert venue, since the capacity of the club is one of the largest in Moscow. In particular, I would like a slightly different policy in terms of alcohol - the cheapest lager with a volume of 0.4 l at a price of 300 rubles - Theater can compete already with the Adrenaline Stadium in terms of prices on alcohol. But in any case, the site is worthy, good closet and security are good, although the Packed club to hang clothes can be a problem.

The concert itself went out driving. In this case, is not just a word. Jane Air came on stage at 21.00, forcing some to wait for his appearance for nearly two hours. But all was not in vain - the first song “sparks Growling tigers” team placed all points over “i” and returned to many of the 2007th. Anton himself of Lissa - the permanent leader of the band was released in stylish red coat, which looked like a true king of your rock rave party. Unfortunately, sometimes there is not enough vocals here many may be the questions to svakako. Fortunately, the vast majority of the songs were familiar to the listeners for years: “SWSS”, “Bullet”, “Black harbour”, “Flock”, “Paris”, “the Chemical revolution”. It is worth noting also light and visuals - bright acid colors and stylish design have created a really cool and incredible feeling big party with Anton at the helm.

“FAKE Queen”, “Boys”, “Can-Can”, “Junk” - the last two were performed according to the tradition, the choir under dance and dance.

Really try to convey the impression of the frantic energy that was flowing from the stage is hard enough. But to see how the band gets on stage enjoy the process - just priceless. At such moments you understand what the group does, when each participant is equally important as the front-man acts on just her face.

We will wait for the EP in the near future, according to Anton they were going to bring it to perfection, and only then to present to the public. Which means most likely even in the winter we can go back to see Jane Air.