Fun and friendly decadence from the leader of the band Stymfonia 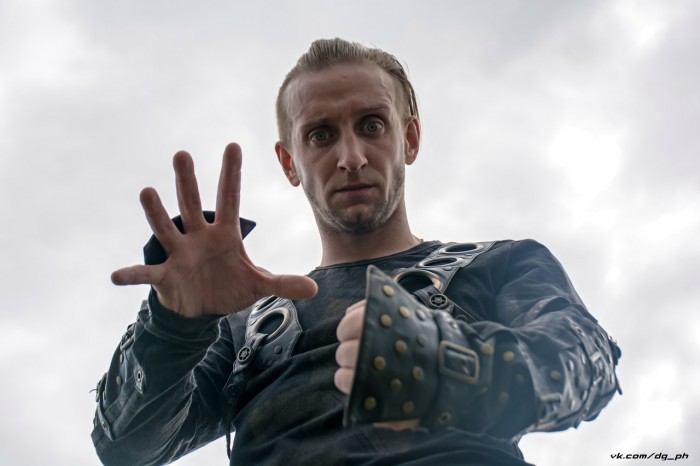 Group Symfonia creates an atmosphere of gloominess and,. No wonder among the spectators come across ladies with devil horns or vampire teeth. However, come December 14 at the solo concert of group leader Phil August in the club fish fabrique nouvelle, one of the oldest in Saint-Petersburg could be pretty surprised. The atmosphere of the event was stress-grim.

On the contrary. Despite the significant delay in the onset of almost an hour, the people, fairly tightly Packed into the club, and felt very relaxed. Peacefully talking, emptied the bar and occasionally caught on “to say Hello” the passing of musicians.

Started by the special guest, the leader of the group Gestalt Alexander Chvala. The style of his music is similar to Stimfalia, however, as with many other decadence, no wonder Alexander mentioned a recent concert Gleb Samoilov. The set list he was small, the audience was even given the opportunity to compare it with the set list Phil. The difference was impressive, but his part Alexander spent at least quite fun, conversational, and even played a song consisting of only major chords. The major for the entire evening.

Long played music, Gestalt, and very quickly it was replaced by the hero of the event.

I bought quite an unusual sound of Stimpsonii in an acoustic format. Usually arrangements the group has enough rich, heavy and very fancy. To reproduce the full depth plan with a single guitar, of course, impossible, because everything was perceived differently.

During the presentation of the substrate added music because some songs sounded close to the original.

But August was cheerful and talkative. Several times repeated that the format of the recitals allows informal communication. However, something a bit in the end was willing to question the artist. Perhaps in the hall was just dedicated fans who know all about it?

Fans were definitely not too lazy, and organized a beautiful and touching flash mobs. Many coloured bubbles in the strobe lights or sparklers caused an involuntary smile on the faces of those present.

Phil was not easy to play. He shared details of the recent accident, where he injured his hand and leg. Went to the concert, their car was cut, as a result of the injury. Leg has been healed, but the arm still problems. Play because for a long time is difficult, but as Phil put it himself, “not to cancel because of this, Peter.”

After the speech, you can take a picture and chat with a musician. He will not run away, from the audience without hiding and generally being exceptionally welcoming and friendly. The beauty of these concerts is the opportunity to not star in the scene to see, a simple man, perhaps, from some points of view in normal life you would never know.