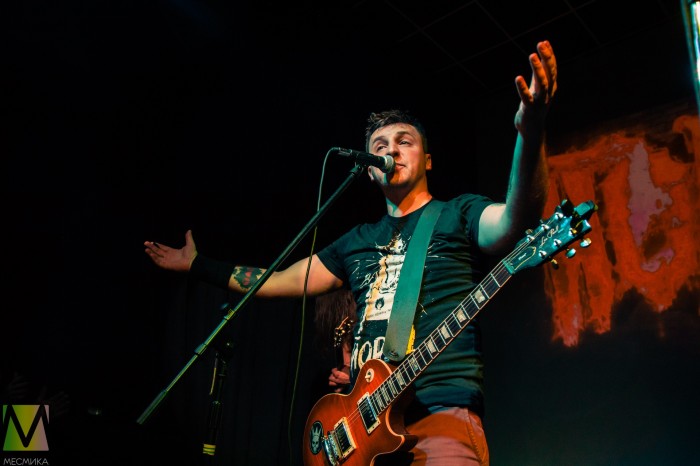 Despite the fact that the performances of many performers cancelled, concert yorsa in Tambov was successful. 16 Dec musicians blasted the club "Balamut" the program, which included the hits, well known to all fans of the group.

The team created back in 2003 Dmitry Sokolov and Mikhail Kondrachine, now travels the country with his tours and gives 50 concerts a year! In addition to solo performances, the artists rock at music festivals. Last year they became members of Dobrofest and black earth, this year Invasion. In January 2019 Eorsi will visit the Frost Fest in Moscow.

The concert in Tambov started the song "We are with you". Everyone in the audience certainly knew it and sang along, drowning out the Falcon. After she played the "When we", not less popular among fans. Then followed the main part of the concert. The song "Work will make you free" in the hall began to slam. After a while, the soloist noted that he was "weak and sluggish", so I offered to repeat it. The names of the songs if specially chosen by concert the motion. For example, under "circle", fans staged a large-scale and quite a wild circle pit.

Many believe that punk rock calls to violence, but the group "Eorsi" playing in this genre, he said at a concert that their music is "music of love, kindness and light." This short statement was the Preface to one of the favorite songs of fans "the Music is strong." In General, before the execution of each song Falcon was found a few words that configure the listeners on the right wave.

One of the most important components of any concert is considered to be a mutual support of fans and artists. Some fans left the concert with videos taken on their phones directly from the scene. Cares about their fans group "Eorsi"! Tambov did not remain in debt. The band saw the scene two posters with the words of their songs: "Fireflies" and "All punks go to heaven". The soloist thanked the fans and noted that the group had already seen their work on social networks and even got a like.

All texts yorsa pronounced active civil position of the musicians. This year they have become stronger, louder, more radical, he knew that it was "no way back". For it fans and love the band!

For many fans of punk rock quote of the song of yarsa "About punk" became the slogan that you often hear in performances of different groups, because "Punk will never die!"