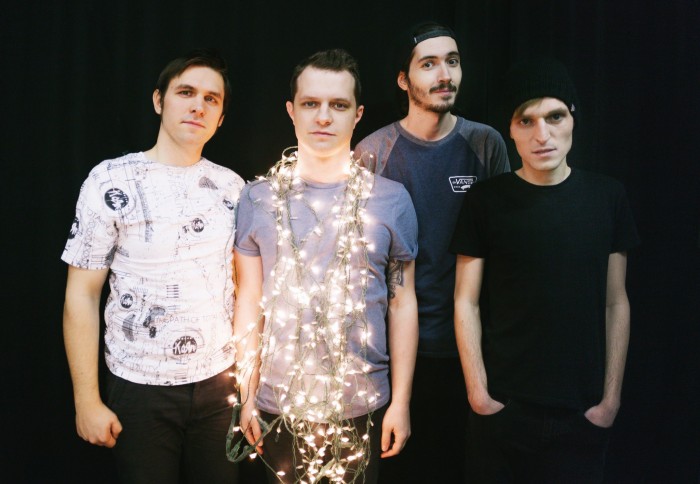 Releasing in 2017, the year of the EP “Success”, “Shadows of liberty” is a bit bogged down with his new album, but we all believe that it's only for the sake of quality. And “Success” and the previous full-length release, “Evolution offends” was well received as new listeners and old fans. In March Ivan Globin soloist and leader of the “Shadows of liberty” - hinted at the possible release of a new album in 2018, but what happened happened. The new album will be released in the spring of 2019, and - we believe - should surpass both of the previous release at least. Because in recent years, “Shadows of liberty” really made a big step forward compared to past works, it has become more comprehensive and simply better.

The concert in the “Forest” group certainly wanted to bring some end of the year, so gave the guys more than at 100. New “City” was the perfect venue for these concerts. A relatively small area allows you to score a room completely, even the small shows, and those same “Shadows of liberty” or “Snowstorm” - beyond measure, from which the performances take on a new York scale.

No wonder the band started the concert with “Run” - a song from the recent EP “Success”, under which even if the audience immediately gave a good circle. Anyway, the group clearly decided to melt snow in a radius of at least a couple of kilometers - “We want war”, “Too sober”, “Talk to me”, “Evolution offends,” “Paths of war” all these songs played after the first really stirred up all those who have not yet had time to warm up. Was in the audience and enchanting the man in the white mask, which clearly were preparing for the concert and then tried to organize the crowd, on the contrary it hurt. After one of the songs - “Success” - it eventually took, even the staunchest fans are not always able to calculate the forces before the concert.

With promises soon to release a new album were played the song “Exist”. Although for many people, probably surprising to hear a song from the first album, which was called “the World spins faster,” this is really a good gift for the new year from the band from the stage.

In 2018 the “Shadow of freedom” took part in recording a cover album for Cockroaches, where they presented the song “keep it,” which also played off the stage tonight. Of the pleasant surprises I want to note also a small cover on the “Will and mind” Aria and another new song, “All come true”. Apparently we are expecting a very good album next year.

And of course its presentation that no self-respecting lover of good music should not miss.

Thanks to the group for not just good, but great concert, happy New Year to her and her fans waiting a new album in 2019!