Dancing and no decay 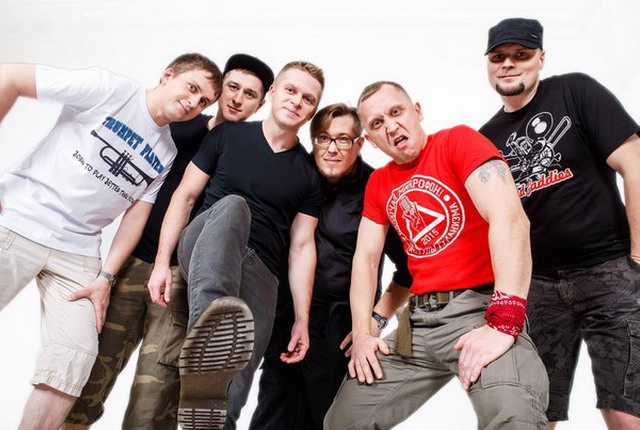 For each of the past year has brought your impressions and experiences. For bands - in our humble opinion - the most vivid experiences should be associated with the concerts and albums. In this respect, the guests from solar, Peter year managed to get at least their album “Dances and entitled”, which was released in early November 2018. It guys not only changed himself, but even made a big step forward in terms of quality and General level. Dance punk-fun-rock in their performance apparently is growing steadily and raised his knees higher up on the concerts. If you compare the new album with the previous one, in the first place certainly catches the eye (or rather ears) excellent sound. Album recorded and mixed much more efficiently, which helped to emphasize the interesting arrangement. Anyway - just a very cool album that simply must draw attention to the group even more.

The Moscow concert took place on 2nd January in the club “the City”, which managed to grow out of the former “Forest” in the metro Mendeleevskaya. Despite the declared starting at 20.00, on the stage the band appeared only after 21 hours of course forcing fans to make a few extra Walker to the bar of the club. But expectations have a tendency to make excuses, what happened this time: the guys from Peter, no one knows how miracle got to Moscow the 2nd of January- made a real punk gig horn. “White Blizzard”, “#lindwurparty”, “BZHM” - so, for zatravochka sounded.

Of course a big thank you to all who came in 2nd January are traditionally difficult to Orient in the space of a day, but fans obviously set alarms and reminders: flash mobs is always cool, especially at such concerts. Throwing money, glow sticks and inflatable balloons under the slogan of “Knees up!” from the stage, it will Wake up even the dead.

At the concert the band played almost the entire new album, not forgetting the relative junk: “Adult people”, “Whip them all” mixed with fresh songs with “Dance and anticline” - it all comes as it should with good audience support.

In Moscow the group with solo projects is, unfortunately, infrequently. But I want to believe that a warm welcome already the 2nd of January will help the guys from Peter to visit us often!