Man With A Mission: the first solo concert club in Russia 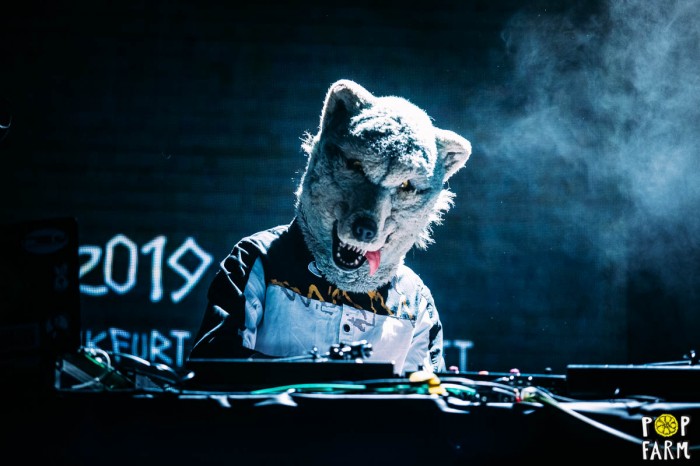 The ranks of Russian fans of Japanese group thoroughly replenished after a memorable performance at the Dobrofest in 2017. Then guys in wolf masks headlined one of the days of the festival for many was a revelation. This is the third visit of the “wolves” in Russia, 4 years ago, they were opening for Rise Against. Now their big European tour coming to an end and concerts in Moscow and St. Petersburg Man With A Mission it is closed.

As always I want to thank GlavClub at least for what it is. Rare club can stably efficiently make the concerts and to organize the passage of guests. Once again no problems with queues and a wardrobe. The output of the group on stage was announced at 20.00, but to go on stage, they decided later, immediately played “2045” and “Broken People” - starting tracks from the “Chasing The Horizon”.

Great presentation and communication with the audience is what makes a good concert just gorgeous. Frontman Jean-Ken johnny throughout the concert did not get tired to thank the audience, said how important it is to feel supported and generally see all of us in the hall.

The audience reacted accordingly, and was happy to maintain the group's signature feature - his hands formed like a wolf's paws. Especially brightly it was shown on one of the biggest hits from the album, “Dead End in Tokyo”. Overall, the concert followed the tour, at some points in time the speech was interrupted by a small DJ sets between songs, and then played “Emotions” in General was the insertion of acoustic songs played on electrobalance.

Showed “wolves” even a small clip about how was their European tour. Sometimes there was a feeling that you came to visit friends to listen to their music and stories about travel, do chamber atmosphere of the concert, when all among friends.

Jean-Ken in turn flatteringly about Russia and its weather, for such animals as they are now, we have just the perfect temperature according to them, not like in Europe.

For “Hey Now” and “Raise your flag” was played a cover of one of the most recognizable songs in the world - “Smells like teen spirit”. Before completing the main part of the concert, which was closed by the song “My hero”, Jean-Ken once again thanked participants and noted that the music helps to find new friends around the world, and in Moscow they now also have a bunch of close friends.

For the encore the guys played “Take me under” and “Seven deadly sins”, during which the DJ of the group even jumped from the stage into the crowd. On this loud note, the concert ended.

The band Man With A Mission - phenomenon. Not many Japanese groups seek recognition in the world so every team is at least a curiosity. In the case of “wolves” - they have long since declared itself. They have a recognizable style, their concert pieces and what sets them apart from all other bands in the world, your web. Their third arrival to Russia became a worthy completion of their European tour, and there is no doubt that the next time the guys in wolf masks will pass in our country.

After all, we're almost always perfectly cool for them.