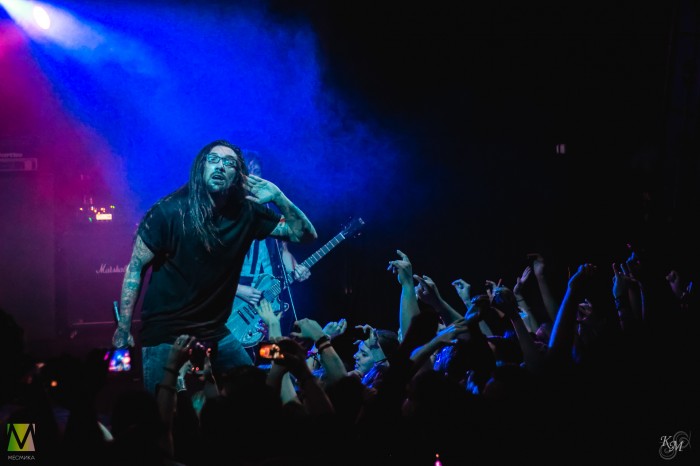 March 15 in St. Petersburg club MOD hosted a concert by the young German band "ANNISOKAY", it was not their first appearance in Russia. The group was created in 2013 and during its existence managed to catch the fancy of a lot of people.

Despite the cold, already at 18:00 fans of the band took place at the club, wanting to be as close as possible to the stage. As soon as MOD threw open the door, people hurried to occupy the best places.

To support the headliners arrived Russian guys from the group "GetRandy". Domestic metallers coped with its task.

Warmed up the crowd eagerly anticipated the performances of the headliners of the evening. ANNISOKAY presented to the public its new album, "Arms", released in 2018. And also played several beloved by the listeners of the compositions, for example, Blind Lane ("Devil May Care" 2016), Carry Me Away ("Enigmatic Smile", 2015) and others. Finished his speech, the musical composition of the Sky (The Lucid Dream[er], 2012). Just a German band played 15 songs, but delighted fans gladly would have continued to listen to the blasting music of these hot guys. The Russian audience warmly welcomed the musicians from Germany. ANNISOKAY left the stage to endless applause, and after a while went down to the fans. Fagged out, but happy, the musicians began to do a selfie with fans and signing autographs. Throughout the evening in the club MOD it was hot. This concert to all fans of the band will be forgotten for a very long time!