Paddy And The Rats: when the soul asks for a mug of ale 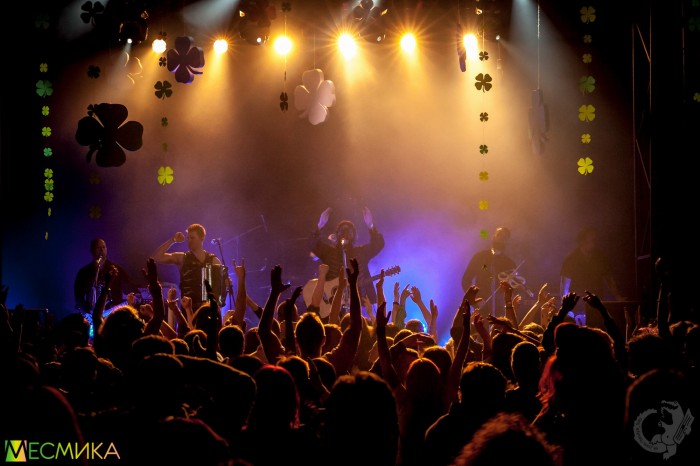 The folk-punk thing in itself. Pretty straightforward it would seem that the music gathers under its banner, even those who are distant from both the folk and punk. Perhaps because the folk-punk group singing about the eternal and dear to each of us - the freedom, fun and of course alcohol. As for the latter, many groups, their preferences - whether it's ale, beer, vodka or something else. What prefers the Hungarian group is particularly unclear, but their motives and texts cling to the soul even to casual listeners.

By Paddy And The Rats for more than 10 years, and behind five albums, the latest of which saw the light two years ago and it turned out really cool, combining resuability folk and the drive of punk rock. Some attribute them to individual style pub rock, and it is difficult to argue - this music is the perfect soundtrack for a party in a bar among friends.

Saturday's concert is not the first phenomenon of the Hungarians to Russian listeners, guys do not pass St. Patrick's Day in Russia, for what they are a large bow and a mug of beer from us on your next visit. But this time the concert took place in Moscow club, at the underground Kursk.

Thanks to the organizers for the opportunity to purchase tickets Meet&Greet that gradually becomes a good practice - not the biggest Supplement bought have the ability to communicate and be photographed with the band before the concert. On Saturday the event started already at 16.00, two hours before opening the doors of the club. Warm-up was also chosen very well - Trinit, House of the Winds and The Spiders heated hall to the exit of the Hungarians so that the condensation dripped from the ceiling. Many thanks for truly powerful performances I would especially like to mention The Spiders and their folk punk was very topic before leaving Paddy And The Rats.

The main person of the evening came around 21.30 after a quick setup of the tools and immediately began with “One Last Ale” instantly gathered at the scene painted fans. By the way, the spectators ' support was at the level of the bar you can even paint your own or someone else's face with green paint than a lot of people took advantage. The track list was fairly standard - a lot of songs from their latest album “Riot City Outlaws” dilute the older stuff. “Where Red Paints The Ocean”, “The Captain's Dead”, “Join The Riot”, “Ghost From The Barrow”, “Freedom” - familiar with the work of the group just look at the titles of the tracks that immediately recall their motives and words.The flow of the group was great - I especially want to mention accordionist and violinist, who danced across the stage, igniting the audience. The video was also added the right degree of intensity of the concert, for example in “Where the Red Paints The Ocean” was filled with red light scene is great combined with green floodlights.

Folk-punk even distant from us by their country of origin, but very close in spirit, alcohol, fun and dancing are always welcome in our country. And given the welcome we have once again provided the Hungarian guests want to believe that St. Patrick's Day we come not by the calendar, but when asked soul.