The most powerful men gathered for the presentation of the album GOODTIMES in St. Petersburg 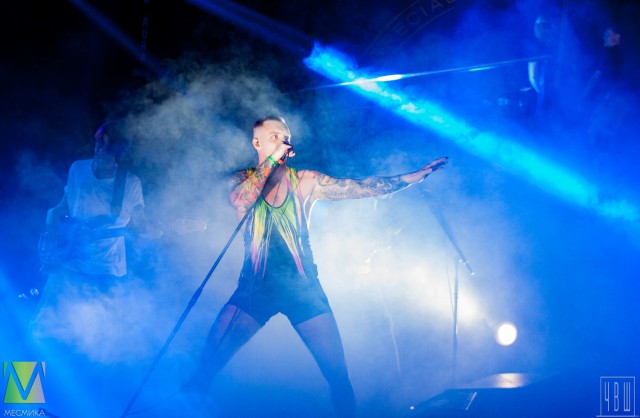 After the concert he wrote one of the spectators: “Goodtime everyone dancing, even those who can barely walk. Even those who are unconscious, send your feet to dance”. The impression left after an absolutely an amazing concert, Good Times, arrived March 30 in St. Petersburg to present the new album ”Here, eat. The first part”.

Delayed speech long enough, but because all the spectators had come to communicate the right mood and some walk to the right condition. In General, in Good Times it is not even necessary. The energy that give the musicians enough to raise the degree of blood is not something that came to forty, and one hundred and forty degrees!

Artyom Sharov, vocalist, again pleased with the scenic image. Gone are the days when hallmark was leopard print leggings, now in their Arsenal each time a new item. That night - a strange colorful razmacima on the neck and wrestling outfit. In principle, the concept of Good Times fit even cut paper snowflake instead of a t-shirt. 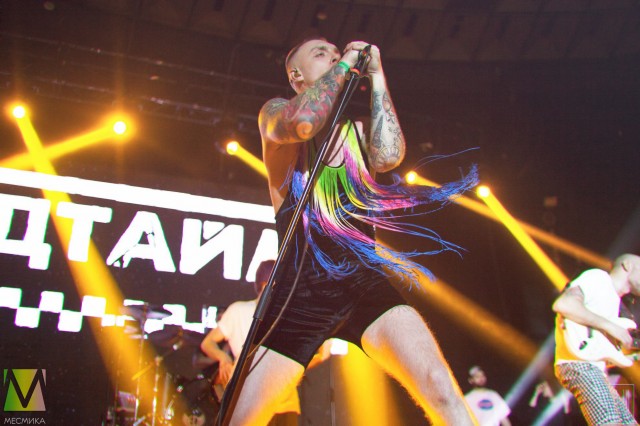 We started with the song “Leo Tolstoy”. “The words you're Lev Tolstoy, but in fact..a simple” sing Artem and the audience immediately picked up the rhythm, and to stop them had nothing. Although no one wanted, of course. From the first to the last song to “Lullaby”, in the audience never stopped dancing.

And not surprisingly, it was enough to see what is happening on stage. And there the musicians jumped and danced, sang and played, cheered his “babies” and thanks for the big returns. The more spectators there were many. Balls even wondered that out loud.

Then alternately play tracks from the new album and the most long-standing and well-known hits: “skinny love”, “like a beast”, “maracas”, “sparkling wine”, “son D”, “ska”, “kiskino disco”, “Angela”, “Corporate” and more. 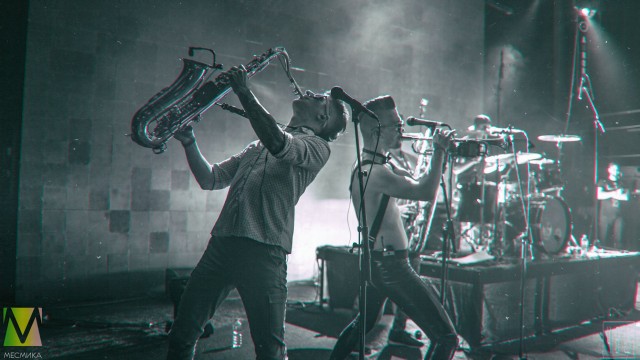 Before the “Blue men” Artem took a little break to “talk.” Said that before the concert he asked “And not bothered to sing “Blue men?”. “No,” he says, “Not tired. Breadwinners!”. So the audience is not exactly tired. Brand hit Good Times met a roar and choral singing. The song has a sequel, which ended the main set: “lullaby blue fighter”. This song was in the hit parade “Nashe radio” and fans often makes sense to vote for it in the “Chartova dozen”.

Fan club in the party is also not standing. And how could he miss the presentation of this hot album? No,of course, but because in the room flew balloons and inflatable letters HOOD TIMES the musicians took with them and promised to carry on towns. 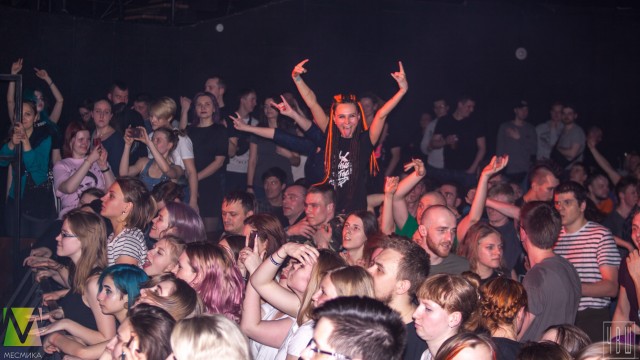 Good Times that night really were “like animals”. They were loving the audience with passion and she answered them in return. Full club exhausted, sweaty, incredibly happy people. They had no forces, but there were emotions that had accumulated and spilled, and back again. The popularity of the band grows from time to time, people want to smile and have fun. Sincerely, without hesitation. Good Times and give everything for this opportunity. And in gratitude get more full houses.

Full photo report on the link