Dolphin on a recital shared with St. Petersburg as its contradictory inner world 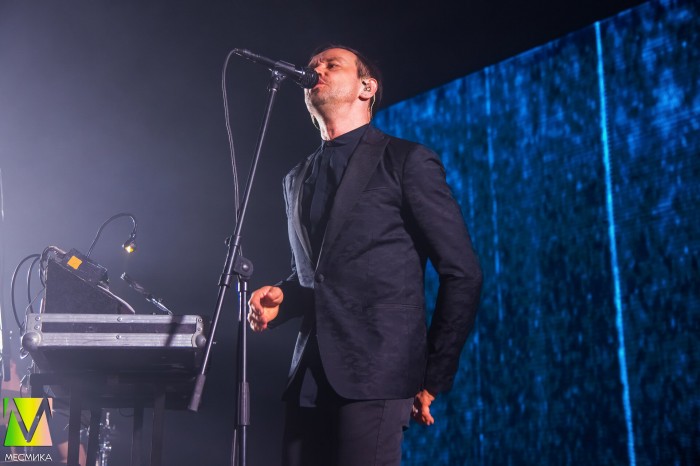 Dolphin artist changed during his stay on the stage a hundred and eighty degrees. He didn't just grew out boys hip-hopera, winding adolescents frivolous songs to the oldest, incredibly thoughtful and talented musician, one of the main Russian artists, but also led to the other parallel to an entire generation. Someone grew it, someone comes every year. 20 APR Dolphin came with a big spring concert in St. Petersburg, gathering sold out in the club “Cosmonaut”.

In 2018, the musician has released concept album, “442”, critically acclaimed as the best album of the year. Sharp, critical and anti-military - Dolphin emerged from the depths of my inner world and spoke about what is happening around. The concert program now shifts smoothly with tearing apart the soul the inner struggle to political topics. Looking forward to it, delight sounding from the audience have both faces of the musician.

Before the concert on the screen glowed with the minimalistic caption “Dolphin”, a white font on a black background. Some time passed, the space above the stage was shrouded in the usual for this artist fog, and on the MIC himself appeared Andrey Lysikov, he's a Dolphin.

Accompanied by a way out, as the concert video series, which can be seen as fragments of concerts and clips.

Needless to say, how delighted the crowd met his idol. Dolphin is not a frequent guest in St. Petersburg, every visit was an event. Anticipated, long-awaited, to which the long and carefully prepared.

On the song “the Name” Andrew went to the drummer, to play by yourself solo on the drums.

Many of the most famous, the audience sang the chorus. For example, the track “Spring” has performed throughout the hall.

The Dolphin itself was acting habitually a little awkward on stage, as if still trying to dissociate itself from the large noisy crowd in front of him. It is clear that he caught the energy of the hall of music, he gave up and danced, as if unable to resist the force that operates between people at the concert.

Andrew rarely, only in special cases, it comes out to sing an encore. As he himself said in one interview: “the concert is a performance and it is strange to continue it after the final”. And in the evening. “This is my last word” came from him and everything was broken. Concert has ended, but the magic remained.

Therefore, the audience went immediately. Still mesmerized by the creativity of the Dolphin they stood and waited, sang, shared emotion, just took care of the arisen sense of wonder. After wrote one of the spectators in social networks, “I saw Andrew!”. And this was all said.

Dolphin is one of the most amazing musicians on the Russian stage. Recognized, talented, mysterious. Playing at the crossroads of styles and gone in such a maze of inner worlds that it doesn't matter what form takes this journey. And followers he has thousands. They follow him and each year more and more interesting - where is this mysterious and difficult way?