Concert GOODTIMES is well, and НАТЕtour is even better

Photo source:
A man In a Hat // MESIKA

G. U. D. T. A. Th.M.With. Savoring every letter of the name, you can feel the atmosphere of happiness, thrill and extravaganza of benoplast prevailing at each concert. From time to time the guys energized the dance floor and twice as many in return. Spring concert in Yaroslavl did not become an exception. April 20, in the art-club "Chinese pilot jao Da" group GOODTIMES allowed to touch the beautiful in all possible ways. The Yaroslavl fans of live enjoyed the new album, "HERE, EAT. Part 1." and received a share of visual thrill after a long separation with the band. Two conspicuous upgrade: stage appearance was more modest (to the frankness of the songs is not affected), the system throughput declined in favor bracelets UV stamps on hand. Both changes are minor, but a couple of percent raised the overall level of experience of the concert.

20 minutes before the concert, the guys made a LIVE broadcast in Vkontakte social network, in which Artyom Sharov, the group's vocalist, answered one of the most troubling questions: "Why shave?". Artem replied, in his usual humorous way, that the beard decided to grow to be like Ramzan Kadyrov. Later calmed already gathered listeners that the concert will start soon and called for "pussybats" quickly. 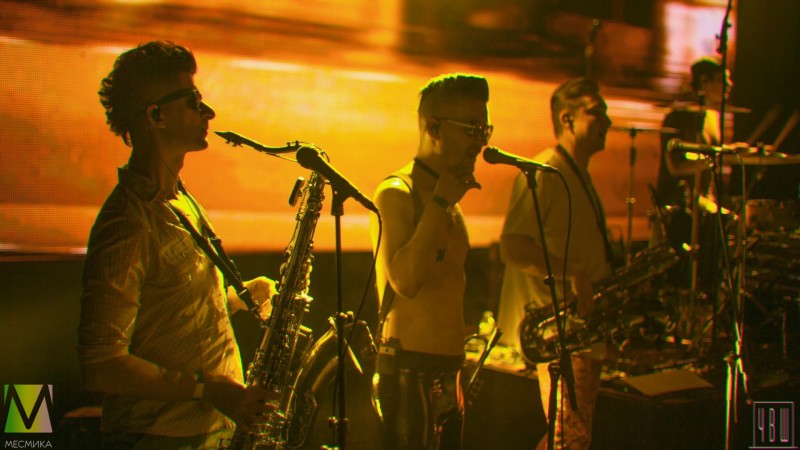 Even before the concert started, the air in the club was soaked with alcohol. Even if you come sober, with the intention not to drink anything stronger than juice in a couple of songs, high on musical ecstasy and absorbed every cell of the body alkoxylated, there is an obsessive desire to become part of betnovate the crowd. GOODTIMES struck up a dance floor without ceremony. Dipping as in ice water for Baptism, in the most incendiary hits: "Leo Tolstoy", "Belmondo", "Abundaut", "skinny Love", "gotta let go". During a small technical hitch Artem pleased with the acoustics by singing the song "beetle". Slam was heated slowly Kostroma guys, so I took a massive shape only towards the middle of the concert. From the new album were performed other songs: "I Will", "sparkling Wine", "the Empress and the princes". The first part of the album was unconditionally accepted with enthusiasm and partly dismantled for quote. The second part the guys have promised to submit in the fall.

By tradition, the concert ended with the three pillars of the painfully familiar netlenki: "I don't dance", "Corporate" and "Blue warriors". In Yaroslavl guys always take the heat like good old friends, is able by his presence to brighten up any evening. GOODTIMES is not just another driving group, consisting of cheerful forever young guys. GOODTIMES is the soul of the friend and forget in a drunken stupor, and the night in the kitchen about the meaning of life to talk to.

Our party will never allow the loss of the soldier,

And the discordant ranks of his banner we'll push to the end.