How was the big open-air music of the Urals 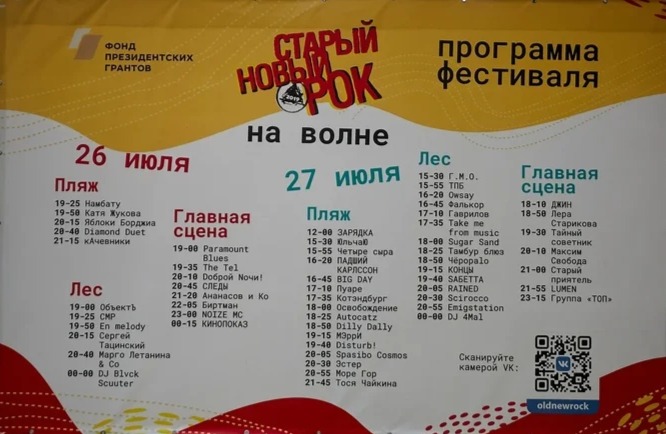 On 26 and 27 July at the "Wave" after a five year hiatus has passed the seventh year "Old New Rock".

Two days, 8 headliners, 56 young bands, three stages, 18 hours of music – year-old "Old New Rock" has gathered 5000 people on the "Wave" and more than a million viewers of the online broadcast.

The first day on the main stage headliners made of BIRDMAN and Noize MC.Noize MC in the middle of his speech together with "kachevniki", Trichromacy and Naum Blik made a real freestyle: the group would improvise for 11 minutes, swinging a few thousand spectators.

The second day on the Main stage were performances of Maxim Liberty, "an Old friend",Lumenи group "TOP". Guests are not scared of heavy rain: the glade in front of the stage was filled with hundreds of people in colourful raincoats, singing favorite songs together with the musicians, danced and had fun until late at night.

The scene "Forest" true. music "heavier". It was made by a band playing heavy rock and punk. Scene "Beach" – more light, sun, beach music. On the first day, in addition to young musicians, it was the group "kachevniki", which arrived in Yekaterinburg for the first time. The second denistone Tosi chaykinoy became the lyrical conclusion of the festival on the Beach. Along with headlining the festival on all three scenes were 56 young bands from 40 cities of Russia.