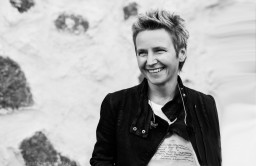 Group "Surganova and Orchestra" founded by Svetlana Surganova in 2003. Anyone not like the St. Petersburg team does not fit into the traditional genres representing his own musical direction.

This is one of the most popular groups in the country; gives up to 70 concerts a year in Russia and abroad; has been recognized as the "Best live group of Russia". Music critics have declared it the album of SIO the best records of the year.
In 2018, the team celebrated a Grand world tour its 15th anniversary.