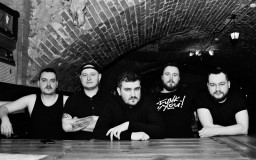 "OTHERWISE" is a bright, modern Russian rock band, his honest and inspiring texts is revealing to humanity a different reality, in which you can live differently!

The urge to experiment and the search for a new sound to allow the team to go beyond existing musical styles.
Each concert as a separate life, with crazy energy, maximum commitment and full unity with the audience!

The official date of founding is may 12, 2012, when the Internet was posted a few demos.
In fact, however, the group began work in the summer of 2016, and the first concert was held on 3 September 2016.