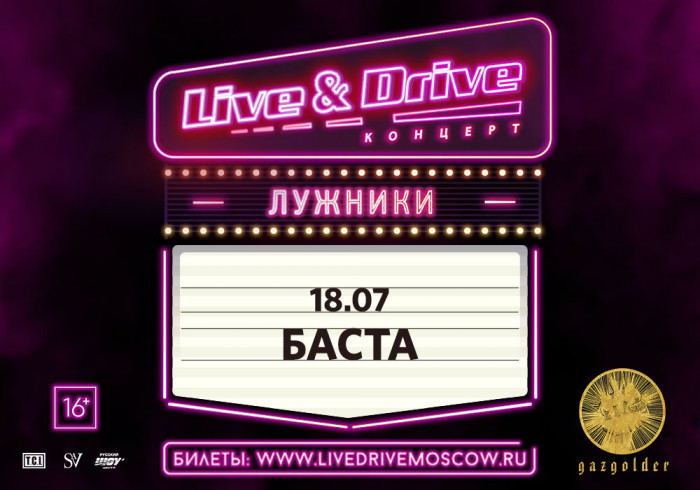 Basta will speak at a series of events Live&Drive!

This party series, Live & Drive hardly needs any introduction. In recent years, Basta has become the Central figure in the Russian hip-hop and popular music. The head of the largest of the creative Association "Gasometer", producer and composer, mentor show "the Voice" Basta became the first hip-hop artist, brought together in a circular arena of the sports complex "Olympic"!

"My game", "Prom" and "Samsara" have become instant classics. But Basil never ceases to amaze the audience, one after another, releasing new projects. After the well-known Noggano and N1NT3ND0, artist of this year presented another longplay – Gorilla Zippo and soon promised to release sixth Studio album, Busta. On 18 July he – Basta will rock the audience Live & Drive!

Live&Drive is a series of summer events, during which live performances will be held on stage before the audience inside their cars that will allow to comply with the restrictions and social distance between people. The sound will be broadcast through the FM receivers.

Tickets and detailed information can be found on the website: www.livedrivemoscow.ru. Hurry – the number of spaces for each day of events is limited.

You will not be without live music this summer thanks to Live & Drive!