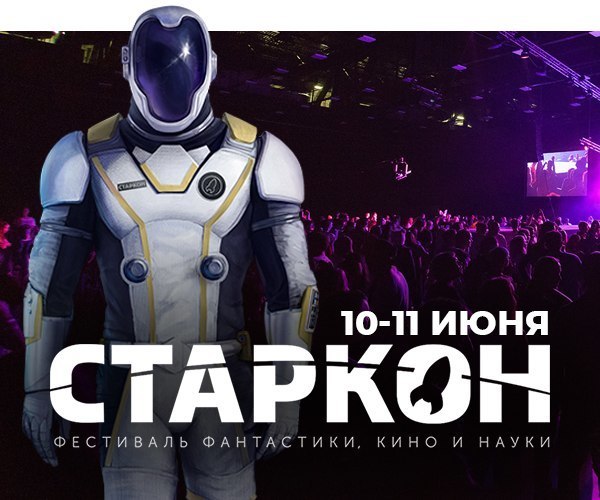 Over 30 fantastic scenery from movies, TV series and video games

More than 1,300 of the best cosplayers of the country in images of your favorite heroes

20.000 m2 of interactivity and entertainment

And more than 30 booths, decorations with photozone, quests, comfortable lecture halls and heroes favorite TV shows, movies, books and video games. In addition, at the stands of the festival Starcon will be a great quest with great prizes.

StarKON will gather more than 1,500 cosplayers in copyright suits from all over Russia and abroad. On the main stage is traditionally held the prestigious competition where the strongest cosplayers will compete for prizes and the title of the best.

In the play area will feature new items from the best independent developers of video games, modern VR peripherals, master classes on developing your own game, and will also be various e-sports tournaments.

StarKON will gather the best artists from across the country. As part of the Art zone will be held intensives in drawing and creating comics from the known multipliers, the member and game designers, as well as presentations of new products from the best publishers of comics in Russia.

In the framework of the cinema festival holds screenings of the highest grossing and most popular films 2017/2018, there will be presentations of the upcoming anticipated movies with exclusive resources and materials.