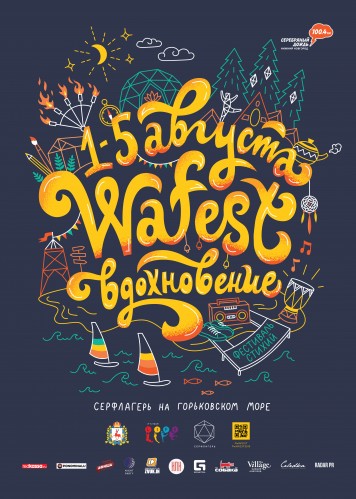 From 1 to 5 August Serveware at the Gorky sea held the seventh festival of the elements WAFEst. This year: 5 new scenes, Mgzavrebi and fire-Tim Goddard from Australia.

WAFEst – scale multi-format festival, bringing together thousands of people from around the world. The program WAFEst: musical groups, theatre and fire shows, sports and yoga, a dance party and hundreds of workshops, crafts and Handicrafts fair, and so much more interesting and informative! WAFEst is a world in which so want to stay!

The main summer outdoor event in Nizhny Novgorod and the region returns after one missed season, gaining even more height, or rather depth, it breaks the surface to make the long-awaited "new breath", because these words can be folded into the word "Inspiration" is the theme of the festival this year.

WAFEst 2018 remains true to his philosophy, for which it fell thousands of participants – is the unity of all elements, it's a friendly atmosphere, creative freedom, self-development and harmonious vacation in eco-friendly format. But WAFEst sample 2018 will surpass events of previous years.

Let's start with the fact that the holiday will be longer this time it will be held from Wednesday to Sunday, covering most of the week.

For the festival will be built 5 new scenes! Space and placement locations will change completely. Even the regulars WAFEst will be able to rediscover favorite festival because global changes will completely transform the area. Imagine! Two scenes will be set right on the water. For one of them – the main, two-level platforms will be specially washed beach and changed the topography of the shore, the other Fire-scene was designed exclusively for the hottest performances, working with fire.

Fiery headliner will be Australian Tim Goddard, one of the best posterov the world.

Musical guests events: Mgzavrebi charismatic, intelligent and dreamy Juniper, virtuoso wizard Nadishana, an internationally known Quartet enthusiasts TheSoulSurfers, star Live Earth. On stage JAM cafe, located in the depths of the forest, will be preserved complete freedom for musical jams and all musical experiments. On WAFEst the organizers of the cult Archiparty in Nizhny Novgorod will present 2 bands – acoustic-electronic JAM scene and the DJ set in the best traditions of a rampant Arch-party on the Art scene.

Continues the theme of poetic experimentation stage "Iambic Amphibrach"! Friendly space will poets with workshops, readings, performances, slams and performances. We first come in contact with the elements of poetry, so eagerly and curiously waiting for the performances of the headliners of the site: Vladimir Toka, Anna Senicheva and Dylan Keith.

At the arts and crafts scene will demonstrate his skill of true professionals, the work which can be observed endlessly, and those who want to try their hand at different types of creative manual labor, will be able to learn in a unique Forest open workshops (SCRAP), under the guidance of the team ooley project. Even more intense will be the program of atmospheric theatrical space "Mayak", which will gather on the stage as a plastic Nizhny Novgorod theatre and artists from Perm, Moscow and St. Petersburg. Not once shone in the scenes WAFEst St. Petersburg's team "Celestial carousel" this year will not only present weightless poignant play about blue birds, but also will lead the annual event – philosophical WAFE show, featuring more than 100 artists of the festival.

In addition: for yoga lovers to be constructed 200 meters of runway for easy classes, on the screen under the open sky will be shown the best Russian and foreign cartoons, imported the animation festival "Insomnia", amazing art objects will excite the imagination for children as always an interesting and thought-Playground, family space with the practices and training for women, traditional coffee talks for informal networking with participants and the festival headliners and exciting camp.

Despite all the innovations and changes WAFEst is still a protected area that prohibits alcohol, drugs, and Smoking possible only in designated areas. The atmosphere of mutual respect, friendliness, freedom and unity – are also unaffected by the constants of the philosophy of the festival of the elements. WAFEst is a conceptual territory, a microcosm, in which we will continue for 5 days, finding, synthesizing, generating, and sensing the Inspiration which we then will have to suffice for the whole year!

The organizers of the festival:Team of LIFE

An international team of volunteers 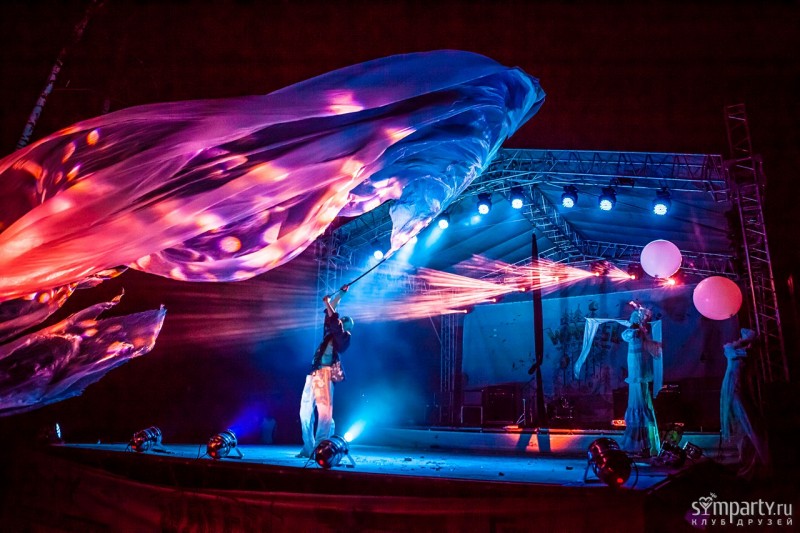 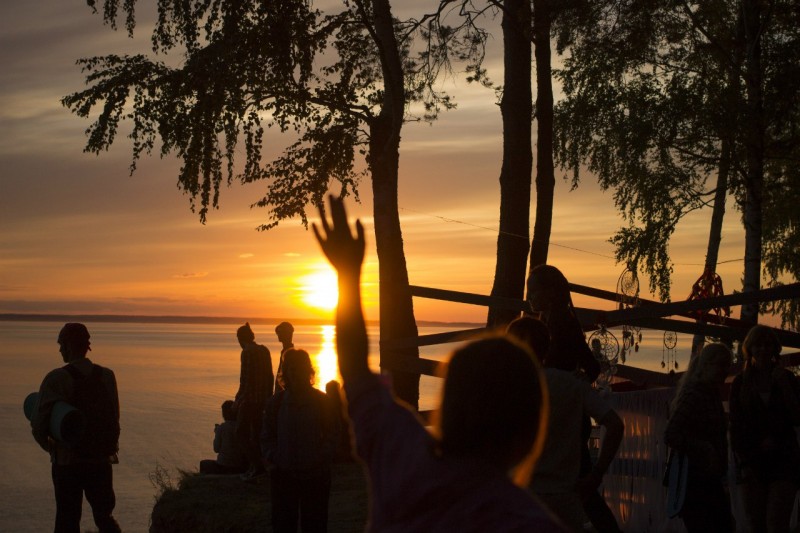