The Adventure of the Summer: with new forces for the Invasion of 2018! 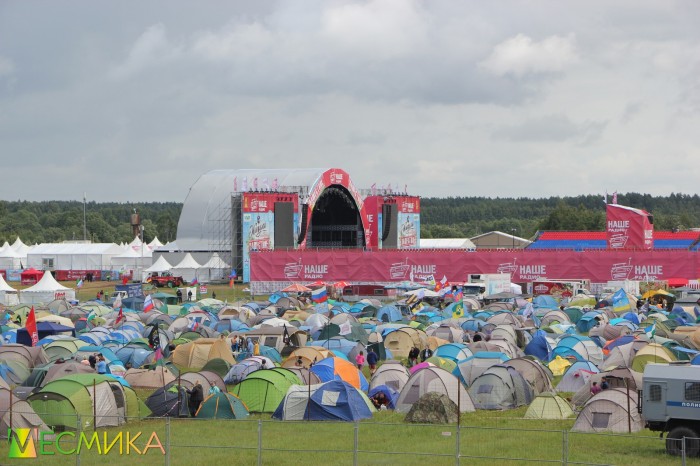 On 4 August, in the night from Saturday to Sunday on the "Main stage" will perform the most famous "rock-Symphony" orchestra Globalis.Symphony orchestra with 15 years of history for a long time cooperates with many Russian rock musicians. Globalis was greatly loved by the listeners of "Nashe Radio" songs: Zemfira–"?" Yulia Chicherina – Doroga, "5'nizza" - "New year"; BI-2 and Chicherina – "My rock-n-roll"; appeared on stage with the group "CHAIF" "the King and the Clown", "Aria", Boris Grebenshchikov and group "the Aquarium", Sergei Galanin and the group "Earring". In 2011, Globalis and Yuri Kasparian performed with the symphonic versions of songs of group "Cinema".

The last time front of thousands of spectators will act as "Kukryniksy". And this will happen at the 2018 Invasion. The legendary band will be headlining the first day with the program "20 YEARS – the FINAL". Stepped 20-year milestone, the band announced the completion of its creative activities, devoting a farewell tour in 64 cities of Russia and abroad. 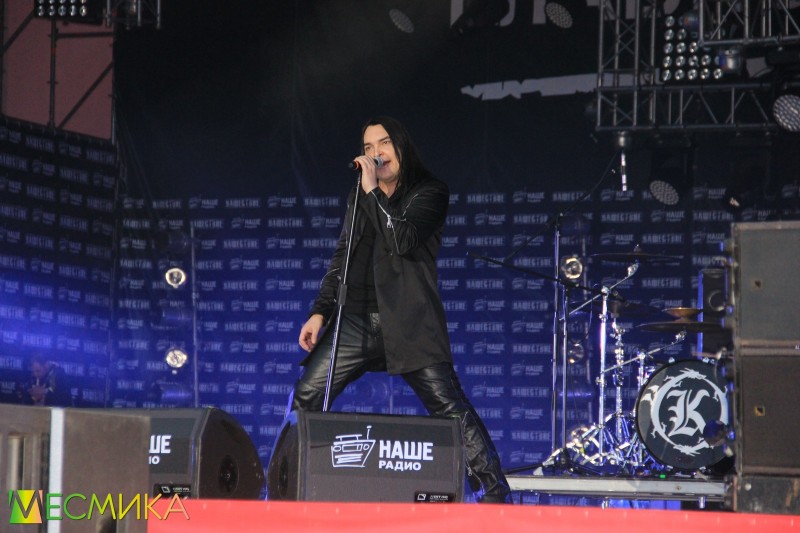 For all guests of the "INVASION" 2018 will be available free a number of infrastructure options.

"Assistance to car owners in the Parking lot": to all who got in a bind with personal transport will be provided professional assistance:

"The club of SUVs": despite the fact that this year the organizers have paid special attention to the strengthening of arrival and departure from the Parking of the festival, to provide emergency assistance on the spot will be on duty 100 SUVs.

"Laundry": to increase the level of comfortable stay on the field for all guests will be available washing machine and tumble dryer.

"Children's and sports grounds": an expanded and upgraded Playground for children will be enjoyed by kids of all ages, and active lifestyles will be happy to spend time for sports.

"The lecture hall": on specially equipped platforms with master classes, musicians, actors, writers and poets; also during the festival lecture will work as a cinema.

"Cinema under the open sky": the organizers took care of the most romantic "INVASION" 2018 – everyone will be able to enjoy watching movies under the August stars are bright in Tver region.

Special attention was paid by organizers to stage "OUR 2.0": in connection with an impressive list of artists of the second stage, its location is transferred to more comfortable place. To see the new arrangement of the festival "INVASION" in 2018 on the official website nashestvie.ru.

This year tickets for the INVASION-2018 are presented in the categories "Input" , "FAN" and "VIP" "SUPERVIP". Same as last year, tickets for the festival are personalised, so when buying you must specify the surname, name and patronymic, e-mail and phone number. In addition to tickets for INVASION in 2018, there are Parking and camping tickets.

Colorful personalized ticket to the Adventure of the Year, made in corporate style events, is an original gift for friends, colleagues and loved ones. A bright pair of tickets every day to remind you that summer and the INVASION of the 2018 already very very soon!

On long-distance trains from St. Petersburg, Murmansk, Petrozavodsk, Velikiy Novgorod, Pskov, Borovichi, Ostashkov to the Railway station in the city of Tver. Further, the item "the Arrival of Tver".

Any airport of Moscow. Next, see the paragraph "From Moscow"

BY CAR AND MOTORCYCLE:

Federal highway Moscow — Saint Petersburg and to turn off the road at the crossroads with the index "Konakovo" (115 km). Don't forget that the track is overloaded, and time of travel will need more than usual. Additionally, the load greatly increases with a large flow of spectators, participants and festival service organizations to the venue. The festival allowed the vehicle categories A and B.

BY CAR WITH A TRAILER "CAMPING":

At the festival you can come by car with a trailer of the "car Camping". For the production of cars with camping will be allocated a separate sector of the Park. The Parking of the camping must pay a separate Parking pass. That is: for the car trailer-camping must be purchased in total, two tickets to the Park.

By train from the Leningrad station (metro station "Komsomolskaya") the route Moscow-Konakovo. Exit at the station "Konakovo moss".

By car: On the route Moscow-Saint Petersburg roll off the track on the turn to Konakovo (115 km).

By train: long distance Trains to the station of Tver. Further, the item "the arrival of Tver".

By car: From St. Petersburg on the road to Moscow passing Tver (better district). After the transport interchange and the post of DPS (left), merge onto the track in the direction of Moscow, and then take the highway to the turn to Konakovo.

By bus: From the railway station take the bus "Tver-Konakovo-Tver" No. 201.

BlaBlaCar is a great option to get to the festival for those who want to save the cost of transport to the event and spend time on the road. 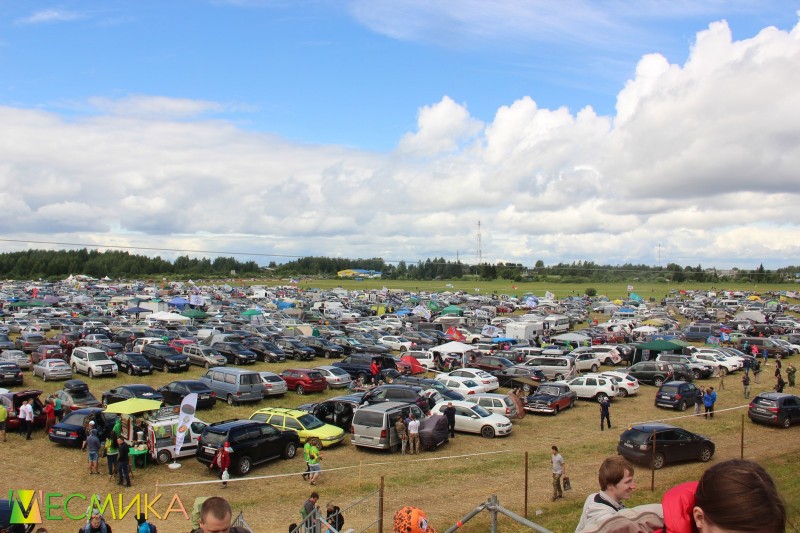 In the lecture hall, which is in between the master classes of actors, musicians and poets will be working as a cinema, the audience will be presented the best novelties of Russian of cinema in 2018:

"Arrhythmia" is released with the support of Our Radio, the film became the prize-winner of many prestigious international film festivals; "the Coach", "the Legend of the Kolowrat", "SKIF", "Frontier", "Carp Crazies" and about ten high-profile Prime in 2018!

And from Friday to Saturday, after performances on "the Main stage", all guests of "the Main adventure of the year" will have to wait for the main "cynopterus": under the open sky will show one of the best Russian films of recent times!

The organizers of the "INVASION" 2018 will provide the opportunity for young performers to Express themselves from the scene of the most distinguished musical OpenAir of the country. This summer, for the first time in a decade on "the adventure of the year" will return the third stage, which is called "Vysotsky".

At the end of June launched the all-Russian musical contest "Vysotsky fest", designed to find and support young talented singer-songwriters of musical works of all genres and directions. Twenty-five performers, the last part of the second qualifying round in 8 Federal districts of Russia – from Saint Petersburg to Khabarovsk, and will be released in the semi-finals of the competition and will be able to speak with his own compositions at the third stage of the festival "INVASION" in 2018! The winners of the semifinals, whose songs will be marked and jointly selected the jury and the audience, will advance to the finals, which will take place at the end of the year in Moscow.

But that's not all: in the morning for younger guests, "the Main adventure of the year" and their parents on the stage of "Vysotsky" will be performances of the troupe of the "Theatre of Music and Drama of Stas Namin": "Bremen town musicians" and "Dr. Feelgood"! Hits from the legendary Soviet cartoons will be performed for all guests of the festival for the first time on "INVASION" theater productions are so professional sound and great scenery.

The INVASION is the largest all-Russian festival under the open sky, which has been held since 1999, and became the largest and most visited festival in the former Soviet Union. In 2016, the INVASION was attended by over 200 000 people.

Meet at the Main Adventure of Summer!