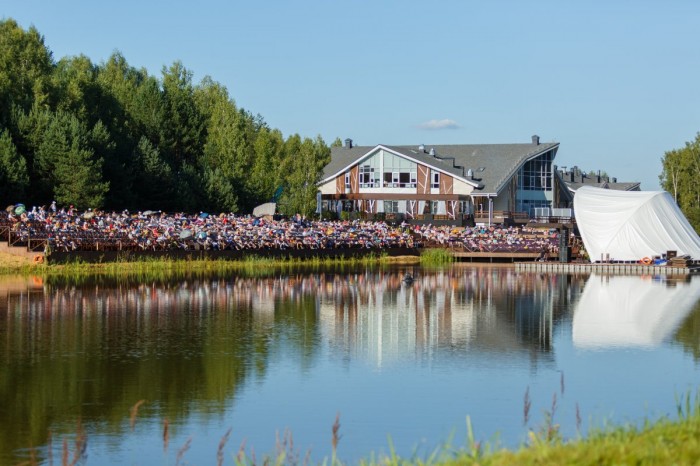 Usadba JAZZ festival is the largest open-air devoted to jazz and funk, world music and soul, indie and electronics. Changed the whole course of our life, change of historical epoch and generation, but the festival remains a beloved celebration of music and creativity for many thousands of people across the country. Event expected in a year.

14 – 16 September MANOR JAZZотправляется the woods, the fields, the river, the berries, the mushrooms otdyhali to enjoy nature and, of course, only the best music!The festival has already become a favorite musical event for Muscovites, Petersburgers, and inhabitants of Voronezh and Yekaterinburg, but this fall residents and visitors of Dobrogea will be part of a large family MANOR JAZZ. 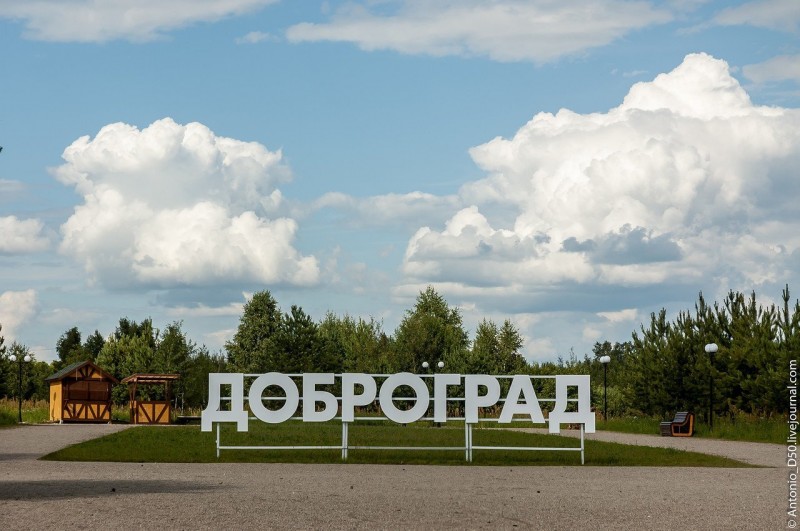 Dobrogled in the Vladimir region is an ecologically clean city built on the confluence of two rivers – Argi and Nerekhta 12 km from the city of Kovrov, located in the unspoilt forest belt with the cleanest air and unspoiled ecosystem.

The music program is extremely diverse and gives the opportunity for three days of the festival to do a whole musical journey through the world of the fashionable and quality music. At one stage located on the water, will perform Russian and foreign musicians with completely different styles, directions and genres, but all of them are well-known and popular performers, each of which is a separate and already existing phenomenon, takes its place in musical history and culture.

At Usadba JAZZ in Dobrogea will perform Sunsay. Music a former member of the group 5'Nizza may be arbitrarily varied, from hip-hop to Bossa Nova, but she always turns the reality with bright colors and brings a smile. Unforgettable will be the performance pianist, conductor, band-leader and, above all, one of the most prominent and influential figures of modern jazz and popular music Sergey Zhilin together with the team, which this year celebrates its 35th anniversary - "Phonograph-jazz-Band". 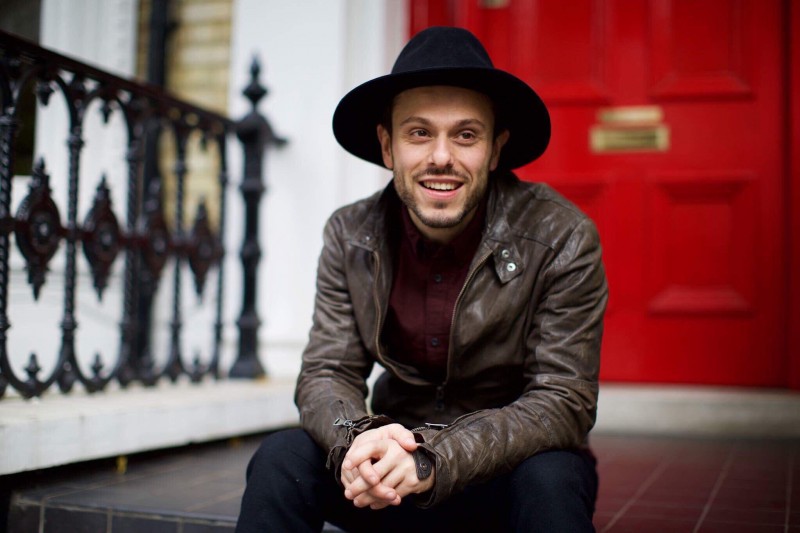 Will not leave anyone indifferent performance of the group from St. Petersburg "Medical", adherents of disco and funk, presented with a captivating touch of vintage spirit DaftPunk, Cassius and many other stars of French electronics. Trumpeter Vadim Eilenkrig - one of the most recognizable and popular Russian jazz musicians, although he does not consider himself to exclusively to jazz, because his music has a groove and he can join any style of music. At the festival in Dobrogea he will be Crew Eilenkrig quintet, in which each of the musicians already established the value of the Russian and world stage. 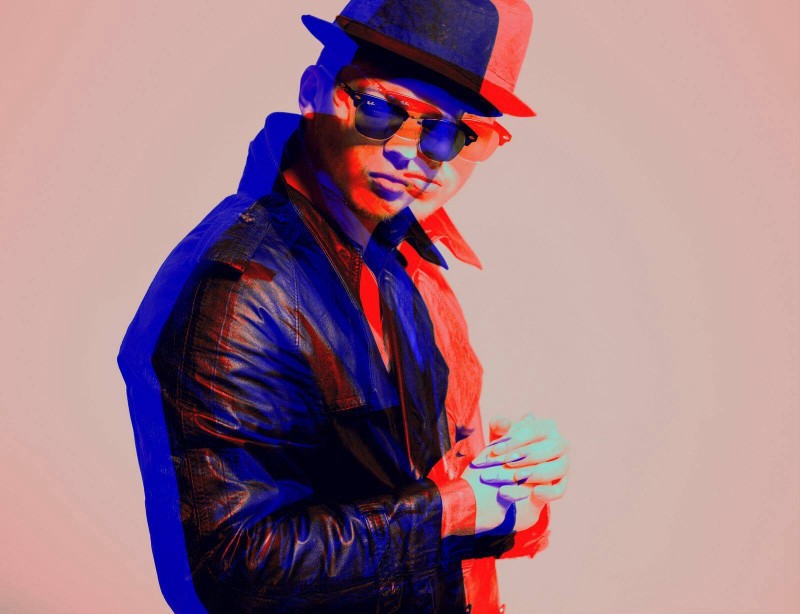 The Israeli guys in the band Funk n Stein regularly on tour around the world and is widely known for their live shows and their catchy music makes you dance all of them. And, by the way, one of their team songs used as the soundtrack to popular entertainment show Comedy. The festival will feature popular singer and composer Gabrielle Goodman(USA). The world heard about the owner of a sensual and sultry voice, back in 1980, during its cooperation with the RobertaFlack on tour in Japan with MilesDavis. From this moment the career of Gabriel with incredible speed rushed up. She has toured the world with solo recitals and collaborating with such celebrated musicians as Chaka Khan, Patti La Belle, Bryan Ferry, Freddie Jackson, QuincyJones, Norman Connors, Nancy Wilson and many others. This singer really knows all about the vocal, because she is a Professor in singing at the famous BerkleeCollege and author of books on jazz singing, although she equally performs classical, jazz, pop and even R&B. Two years ago the participant of the festival in Dobrogea Svetlana Zhavoronkova for his powerful versatile voice and subtle reading of almost any song won the contest of the festival Usadba Jazz Rosa Khutor in the category "Vocal". After that, her name was often seen on the stages of jazz clubs of the two capitals – in particular, the JFC JazzClub and Alexey Kozlov club. In the project SecretAtelier created with house producer Ilya Popov from Samara, classic soul and rock of the 1960s gave way to clever pop music at the crossroads of disco and funk. Their first single, Magic, was published by the new York label King Street Studios, and the title track received airplay on radio Megapolis FM.

The festival is a family festival, including the very young, which created a special music space - scene Manor JazzKids. Younger guests sourcetoolinstance journey from Africa to Brazil along with distinguished residents of the children's festival scene group Sofoliи will be on the incendiary carnival in Rio. In addition, younger guests and, of course, their parents will see the popular production of "a visit to Queen Ella", dedicated to Queen of jazz Ella Fitzgerald and learn how to improvise and dance Harlem Limbaugh, where the party Ella will sing popular singer Alina roztots'ka and Sasha Magerova accompanied by a trio of Dmitriy Ilugdin.

Children under 6 are free (no separate seat).

Official automobile partner Volkswagen will present the festival guests cars Tiguan Sportline, Teramont, new Touareg and California in their innovative Expo zone "Volkswagen Digital Experience". Advanced digital technology will allow visitors to experience the cars in a variety of interactive formats and to get acquainted with the models of the brand with innovative digital technology or during a test drive.

Useful bars Corny traditionally charge very soft, creamy mood, and their area will be photographed with retroplacental #cornyjazz, collect at the speed of funny phrases about summer, jazz and happiness of the giant dice and win a delicious favor! 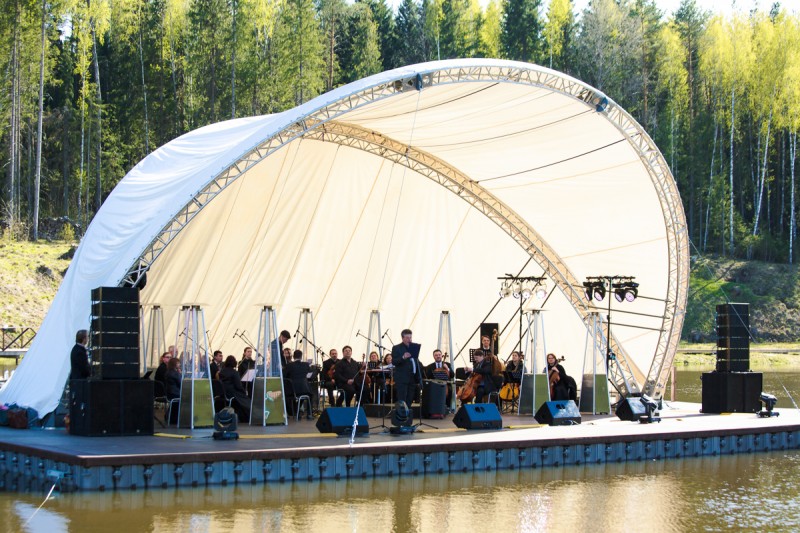 Partner of the festival of GK "Ascona" — the largest Russian retailer specializing in the production of mattresses, beds, sofas and other products for healthy sleep. The company is engaged in distribution and sale of goods of own production: a broad sales network consists of 925 private salons and stores, and the products will be imported in 8 CIS countries.

Also guests will always find a designer market and a food court, where you will find the most interesting gastronomic projects of Vladimir region.

Uniting a variety of bright and creative people, the festival will Topograghical a little more opportunity to extend the summer, to Sunny and kind emotions to hear in a live performance only the good music in an incredibly beautiful atmosphere!

Friday – gala dinner beginning at 20: 00 (entrance is on separate tickets) 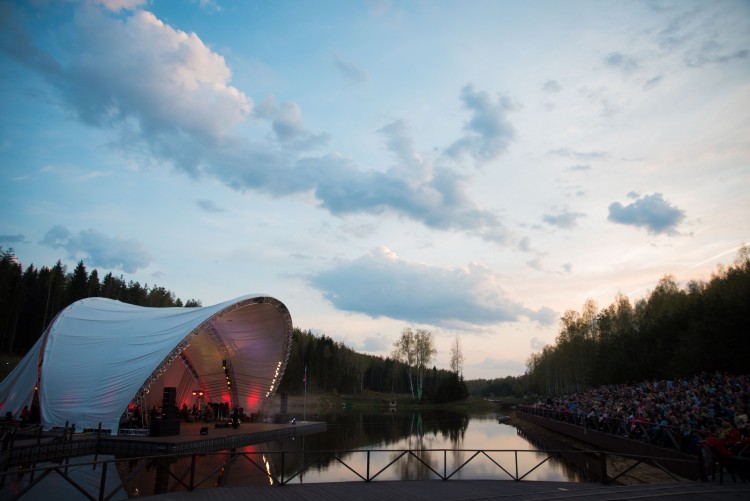 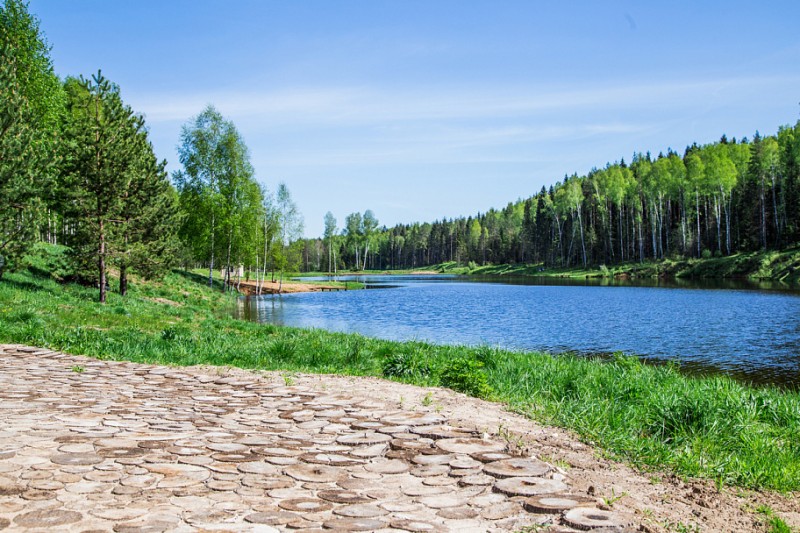