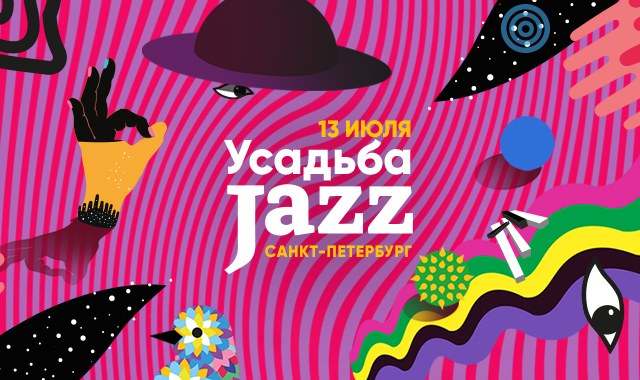 Usadba Jazz festival in St. Petersburg launched the sale of tickets and announced the official date in 2019. 13 July in Gorky Park. Kirov on Elagin island for the eighth time in St. Petersburg will host one of the most beloved musical open-airs of the country - Manor Jazz.

Over the 15 years of its existence, the festival has evolved into a truly national festival, which each year tens of thousands of people in four cities across the country. But most importantly - a unique atmosphere of love, friendship and co-creation - remain unchanged.

Over the years Usadba Jazz festival has become one of the most beloved musical event of the year for Petersburgers. Participants the past years has become recognized as jazz classics Maceo Parker, Yuseef Lateef and Branford Marsalis, and the relatively young stars - Robert Glasper, Omer Avital, Joss Stone or the incomparable Nino Katamadze, well, of course, loved by the wide audience of Russian musicians - Aquarium, Igor Butman, Auction, Sergei Mazaev, Mgzavrebi, and many others.

The musical program this year will unfold in 3 stages, and soon will be revealed the names of the headliners. In addition to music, visitors of the festival in St. Petersburg expect a market with products of the best local designers, food court with dishes for every taste, children's Playground (children under 10 years are traditionally held at the festival for free), sporting contests, quests and other entertainment.

Usadba Jazz is the festival of good music and happy life, a space of creativity, positive emotions and new experiences!