Festival "Dance and sing, my Russia!" will be held March 24 in the State Kremlin Palace 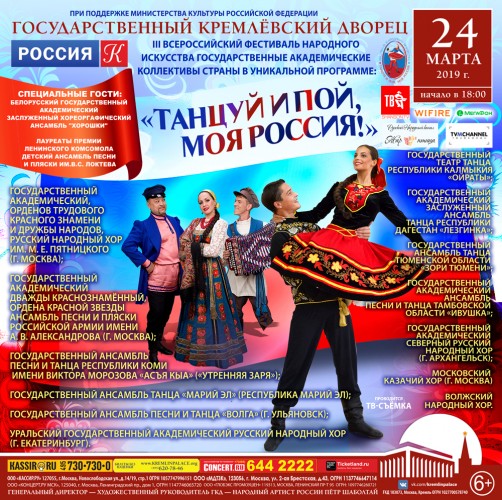 The main bands on the main stage of the country! III all-Russian festival of folk art, where you can see the best state academic teams of our country!

This is the third time in the State Kremlin Palace will gather renowned academic choral and dance groups to new luxury festival program. As always, each team-member will represent in addition to their popular songs which the whole world admires, and even a brand new composition-the Prime Minister, which is created by each team party specifically for third all-Russian festival of folk art "Dance and sing, my Russia!".