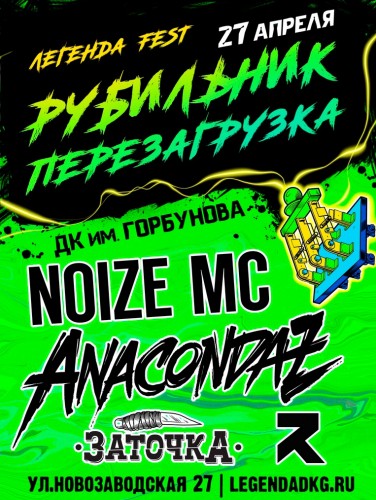 The timing of the festival:
April 27, 2019; 19:00
The venue of the festival:
DK them. Gorbunova, Novozavodskaya street, 27, Moscow
A visa is required:
For citizens of Russia is not required

Festival "Switch", famous in DK. Gorbunova in the early 00's is back!

"Switch" will be activated again on 27 April in DK. Gorbunova!

Almost twenty years ago the "Switch" opens, the audience is gaining the rapid popularity of the Artists most controversial music genres.

This year the "Switch" is preparing for the Moscow public a fresh energy boost! Spectators waiting for the powerful charges from both the Champions of their craft are at the peak of creative forms, and electrified by the excitement of rachmanov, who had for a short time to prove the validity of his music.

On April 27, in the same place, in the walls of the legendary "Gorbushka" will be the resounding return of this iconic festival of actual music!