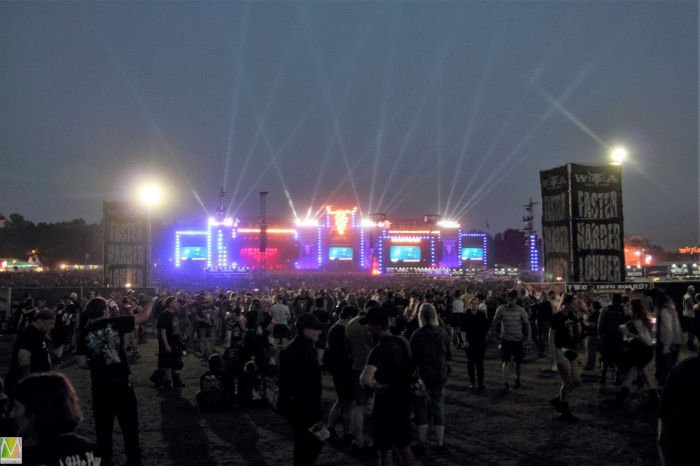 To read, how was Wacken Open Air in 2018 is possible by the link.

To see how it was possible for this link.

This year the legendary Wacken Open Air festival turns 30! Serious age... So we are sure that the organizers prepared for the guests is something special. And we are ready to help you in preparation for this legendary event!

INFIELD – the Holy Land of Wacken

Faster - Harder - Louder: on the festival field that the fans also like to call the Holy Land, are the biggest stages of the festival. Massive dual stage Faster & Harder dominates the landscape, surrounded by arched stage Louder. Three main scenes are platforms for the largest and most complex of the concerts, and those shows set new standards at the international level! 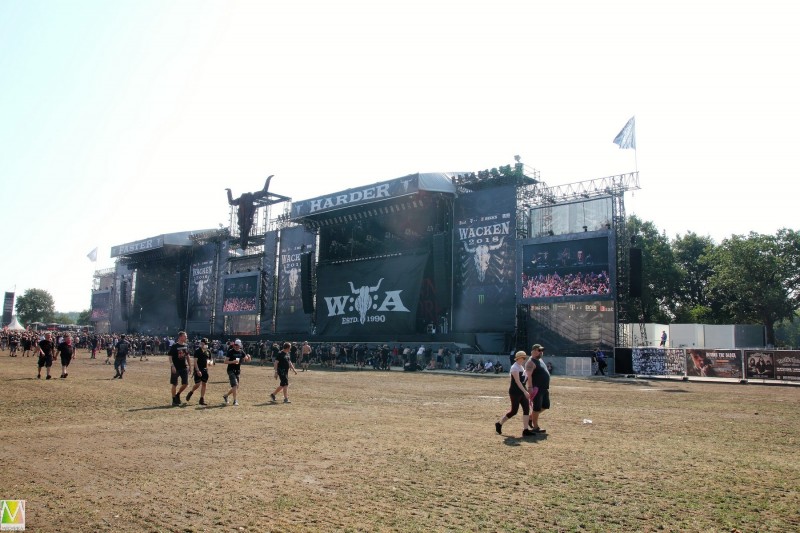 "It doesn't work" is not exists on the festival grounds. Together with the group organizers are doing everything possible, including the wildest dreams of artists. Whether it's a massive stage productions, a full Symphony orchestra or even the concert, which takes place simultaneously on Faster and Harder - no restrictions! In normal mode, Faster and Louder play simultaneously, while you switch on Harder. After that plays Harder, while other scenes are changing. Thanks to this system between the two shows are usually little breaks. At the festival field with enough space for all participants of Wacken Open Air, and thanks to the world famous beer pipeline no one wants to drink. Extensive building works have made the area fit for the future in recent years was built new drainage, sensitive areas were covered with gravel and the whole area was lined with heavy equipment.

The middle ages crossed with a apocalyptic at times, fighting with stones and flamethrowers meet bagpipes - United Wackinger village and WASTELAND at first it may seem contradictory, but they are actually fantastically complementary.

The southern part is a walk along the trails of the middle ages - on the Wackinger stage artists from multiple genres, such as medieval rock, pagan metal or folk pay tribute to, while the bars serve great drinks honey, and the knights go to fight in full armor. Wackinger Village at Wacken Open Air - private event inside the medieval festival! 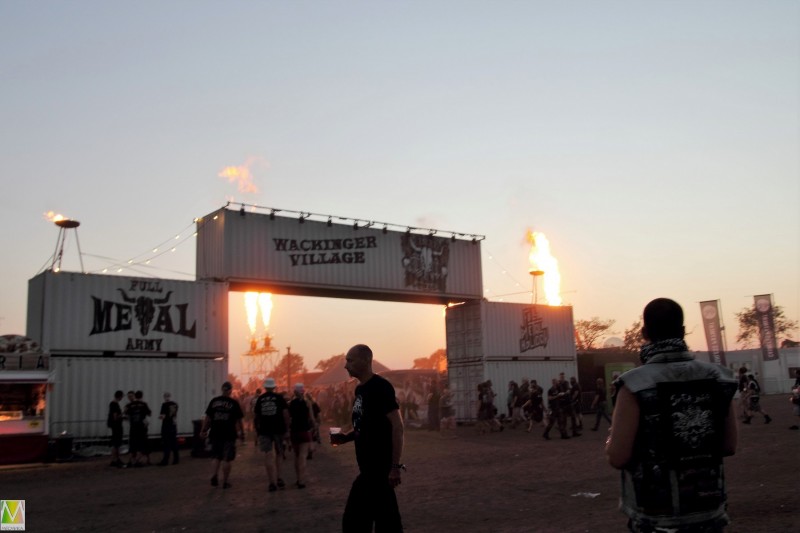 While the southern half is devoted to the past, North devotes itself to a possible future: a post-apocalyptic Wasteland ruled! Warriors of the Wasteland are under his command, and their crazy outfits, show and activity - the main motive of the festival from year to year. Wasteland Stage you usually hear powerful music - genres such as thrash and industrial, fit perfectly. Therefore, Wasted Wednesday is also the case here!

For many visitors, Wacken Open Air Plaza is the gateway to the festival, because it is the main entrance that connects the camp and stage area. But the area can offer so much more! In the center of the Wacken Plaza hotel Welcome To The Jungle, a place where you can hear oral presentations and other music-related things. Cozy scene Regalis covered chairs provides the perfect Seating area for such performances. At the site is dominated by the mighty city circus BullheadCityCircus(BCC). This giant tent - house W. E. T. stage and the Headbangers. These two scenes are not tied to specific genres, just as scenes of festival fields cover the entire spectrum of the metal world. 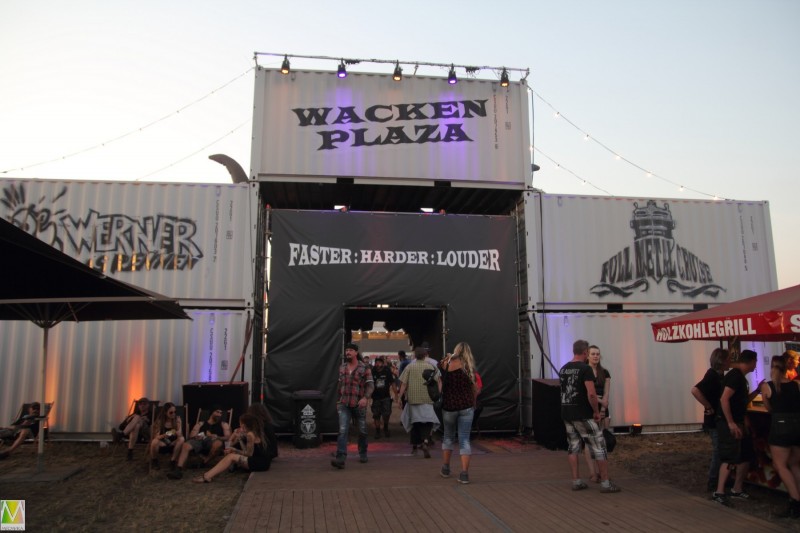 Most of the square open air under the open sky occupied by gigantic campground. You camped on the agricultural plots, each of which has its own identity for better orientation. The path between these two camps have distinct names. The camp included in the cost of the ticket for W: O: A, this also applies to camping caravans, caravans, etc. If ground conditions allow, try to Park all vehicles, so you can camp next to them. The campsite has showers and toilets, which are also included in the ticket. So there are no additional fees! The field may have only those people who have a valid ticket.

Further infrastructure includes signs, lampposts, tents for Breakfast, small tents for shopping and a few food stalls and drinks. In the campsites there are no restrictions on food and drinks! 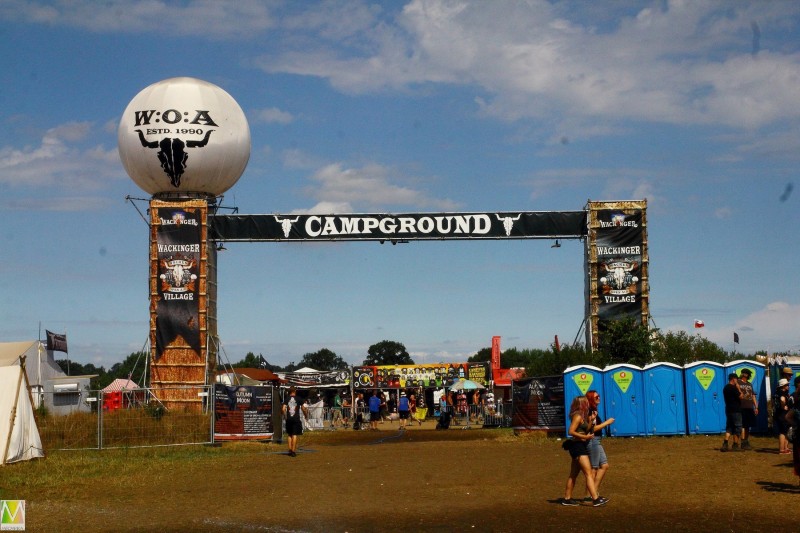 Camping there are areas that offer special facilities or are subject to slightly different rules.

Wheels Of Steel Area: This place is close to the area of the scene and freely for metalheads with disabilities and their companions. There are also some special services and staff that can fix broken wheelchair.

Moshtel: Container hotel, located near the scene. Since Wacken is no hotel, hostel or anything like that, was installed Moshtel to satisfy the desire of many fans of a comfortable stay right in the Wacken.

Camping Only: next to the bus station is the area in which to camp, only without a car. Without vehicles it is relatively quiet, a typical large music system here almost never occur.

World Metal Camp: together with the travel partners, the organizers have built a large camp for visitors who arrive without a car. Focus on international exchange between visitors. Army camp Full Metal: Every year, the fan club organizes a big communal camp with a tent for parties, outlets and many other amenities.

WACKEN AND THE SURROUNDING AREA

Wacken Open Air is associated not only with the village of Wacken - festival takes place in the territories between the Wacken community, Gribbohm, Bokelrehm and Holstenniendorf that contribute to the success of the festival. Other cities, such as Biesdorf and Baal, also make a positive contribution to the festival from year to year. The organizers ask all visitors to respect the residents of the entire region.

Visitors can spend time in each of the villages, but, of course, the most interesting things are in Wacken. In addition to beer and sausages, there are also supermarkets, ATMs, pharmacy, dentists, outdoor pool, legendary Landgasthof zur Post (the original idea of the Wacken Open Air was born here) and many more

In the centre of Wacken is the most unusual concert venue. The Church of Wacken is included in the festival program a few times a year. Special acoustics and atmosphere of the Church, as well as intimate atmosphere and a selection of musicians make memorable events. Of course, like everyone else, these performances are included in the ticket price, but due to the capacity of the Church entrance is restricted.

Arrival at Wacken on the vehicle

Cars drive to Wacken on highways 7 and 23. The festival takes place on a large area in Northern Germany. Please turn off your navigation device as soon as you see the first signs!

Signs will direct you to the team which will direct you to your camp. It is impossible to select the campsite of your own! The group must travel together and let the group size staff - orally and additionally by means of signs over the windshields. 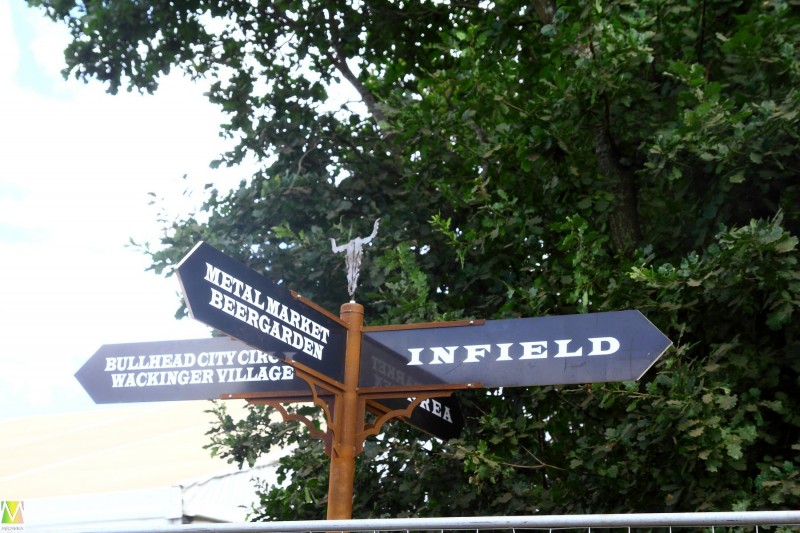 If necessary, can be used queue to ensure passage of the most important junctions for police, fire and rescue services. The organizers hope for your understanding.

Arriving at the Wacken public transport

The most important connecting points in your journey by public transport - Hamburg and Itzehoe. From both cities runs a variety of buses right up to the entrance in the Wacken. The bus station is in the campsites are for visitors arriving without vehicles. There is no need for extensive pedestrian crossings in the village and on stage.

The official Shuttle bus from Itzehoe to Wacken and back is suitable not only for tourists but for commuters. Bus runs around the clock from the train station Itzehoe to the entrance of the W: O: A and back, and it can be booked at a fixed rate all the time.

The official app Wacken Open Air - your perfect companion at the festival and for the rest of the year!

Free app available for Apple devices on iOS and Android

News: All news Wacken.com also listed in the Annex.

Favorites: mark the group as favorites to create a personalized order of execution and time to get the reminder before the show.

Disocver bands: based on your favorite and maybe your likes on Facebook, the app will recommend you more bands from the line up.

Maps: Maps of the festival in conjunction with GPS to show your current location

If you don't want to transport your tent at Wacken and install it there, you can use the offers of the partners of the festival. A good option, especially for the metal arriving on the plane! There are different categories and services to choose from. 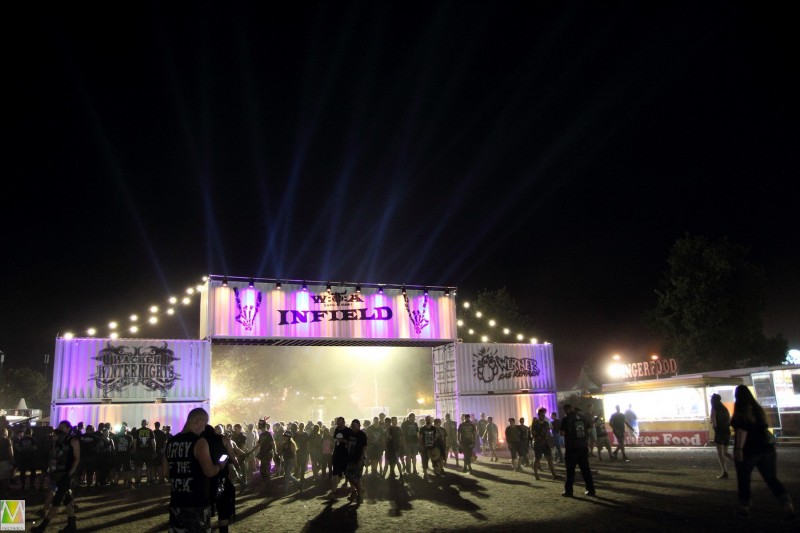