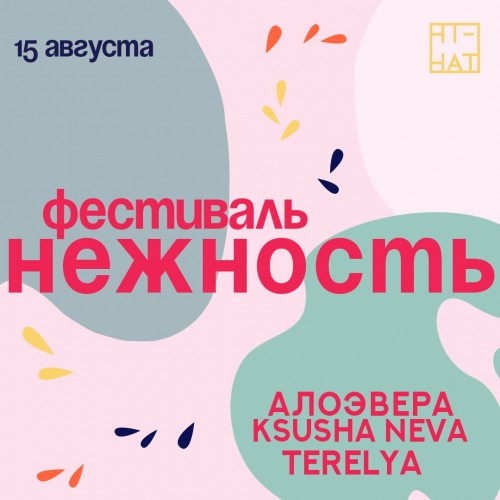 The timing of the festival:
August 15, 2019, at 19:00
The venue of the festival:
Hi-Hat aptekarskiy prospect 4
A visa is required:
For citizens of Russia is required
August 15, on the roof of the Hi-Hat festival "Tenderness", already claiming the title of "the warmest concert this summer." At one stage stand aloe Vera, Terelya and Ksusha Neva – groups, which by its very appearance transform any space into a concert venue.

Each of the groups this evening may be called a rare representative of his indie-direction, despite a few stylistic differences. They are able to capture not only the rhythm, melody and dances, and texts. They are different, but this evening under the summer skies of St. Petersburg guests of the concert will go on a surprisingly solid show, repeat which will not be easy.
нежность, алоэ вера, санкт-петербург, 15 августа