Giant Swan. The spirit of the British underground in St. Petersburg 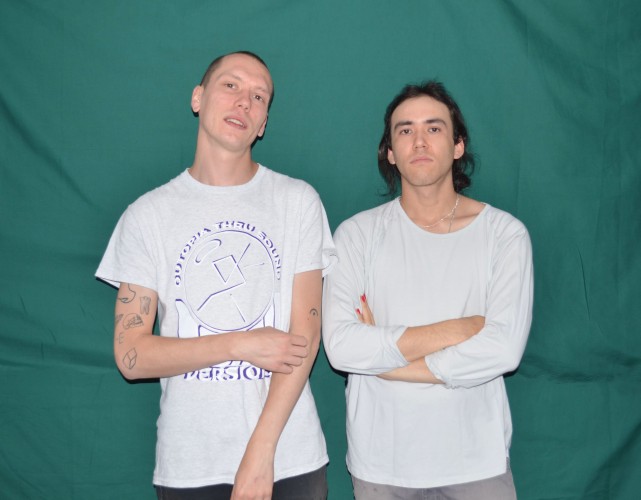 This e-blowing plays only live and wins the biggest raves of the planet, their hypnotic techno is always unique, because they never speak with the same sets. 9 Nov British project Giant Swan will perform in St. Petersburg at the festival "Electro-Mechanics". St. Petersburg will be the first to assess the group's debut album, which is scheduled for release on 8 November. The concert will be held with the support of the British Council in the framework of the year music UK-Russia.

Giant Swan - project Robin Stewart and Harry Wright, covering the largest techno festival in the world wave of energetic, aggressive dance music, bone-chilling bass, and hypnotic electronic noise. The origins of their creativity are inextricably linked with the musical heritage of Bristol. The Duo is constantly on tour, speaking at legendary venues, such as Unsound and Atonal.

Manipulating with a lot of gadgets and pedals, and guitar and experimental vocals, Giant Swan creates a complex combination of dictating the behavior of the bass, industrial hats and disorienting energy. Based on a Foundation of rhythmic tension and frenzied improvisations, performances these guys are never the same, each set is unique. So the Duo rekonstruiruet and deconstruire his distorted vision of techno-not-techno.

Presentation on "Electro-Mechanics" will be part of the tour team to Europe and Canada, which will culminate in a joint concert with the band IDLES in London.

"Electro-Mechanics" will be held in Saint Petersburg on 9 November at the New stage of the Alexandrinsky theatre. The festival starts at 19.00 and will last until 5 am. The first names of the festival are already known to Gaika (UK), Giant Swan (UK), Driftmachine (DE), Heidi Horowitz (NL), Eartheater (USA), Classic Electric (St. Petersburg), Igor Starshinov (SPb), Discours Synthetic (SPb), Crimson Butterfly (NN). All the artists play live!